1000 new Toyota Yaris sedans will be delivered on launch day 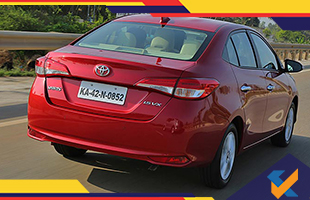 1000 new Toyota Yaris sedans will be delivered on launch day

Toyota India has now officially launched the latest entrant in the compact sedan segment. The Yaris is a very balanced car on all fronts and is available with a petrol engine. these sedans would be equipped with a CVT from the base variant itself. With the launch of the Yaris, Toyota is now entering the highly competitive compact sedan category of the Indian markets. Though it is the smallest car that is available to Indian car buyers in the segment, it should work out pretty well for the Japanese automaker. This is mostly because of the comfortable rear seat. The automaker had announced that the prices of the sedan would vary from Rs. 8.75 lakh to Rs. 14.07 lakh. The Yaris comes with only a 1.5-litre petrol engine and it offers manual as well as automatic transmissions. Four variants, namely the G, V, j and VX are available, each with the two different transmission options. 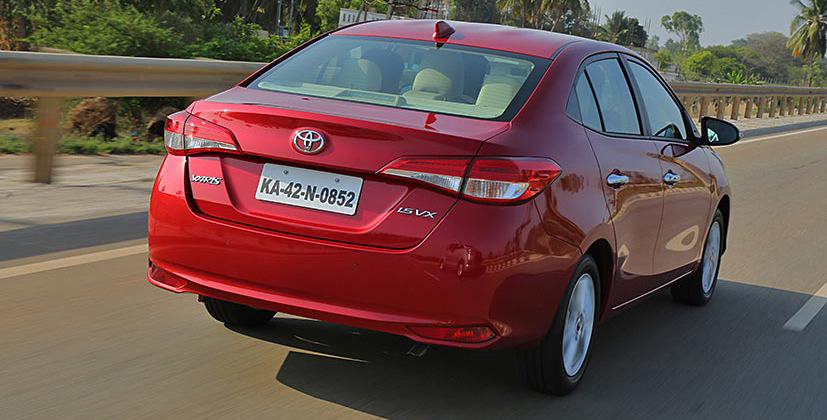 The Yaris is slaying the market

Toyota has done a lot of market research and there are several first in segment features on the Yaris and the list is really quite long. The Toyota Yaris offers leather interiors, cruise control along with the touchscreen infotainment system. The inbuilt ambient lighting and the mounted AC vents on the roof make the car a top in its class. The car is also packed with features like a start-stop button and automatic climate control but it would miss out on features like the Android Auto and the Apple Carplay. The Yaris also takes care of the safety of its passengers. Equipped with ABS and EBD -  a standard across all the variants, the 7 airbags and four-wheel disc brakes on the top-end models, the Toyota Yaris is one of the safest cars. The car has a rear parking camera and parking sensors on both the front and the rear.

No Diesel Engine Yet

In spite of all the features, there are no plans yet to introduce a diesel engine under the hood. While all the competitors of the car have a diesel engine, the Yaris only comes with a 1.5-litre petrol engine, offering 108 bhp of peak power and 140 Nm of peak torque. However, there is the option to go for a manual 6-speed gearbox instead of the automatic transmission with the CVT option. The top of the line CVT would also get paddle shifters. All these features put the car on the market as a tough competitor.