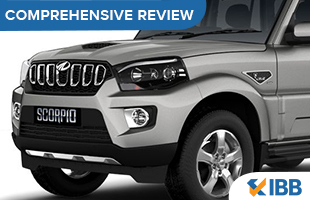 Scorpio launched way back in 2002 still remains one of the most popular SUV for Mahindra. Mahindra ensured timely updates to ensure that this old school dyed in the wool SUV remained in the game amidst a slew of modern and crossover models.

Mahindra gave a major update for the car in 2014, making it a more comfortable and plusher SUV retaining its core strengths. Now, they have brought an updated model of the car. 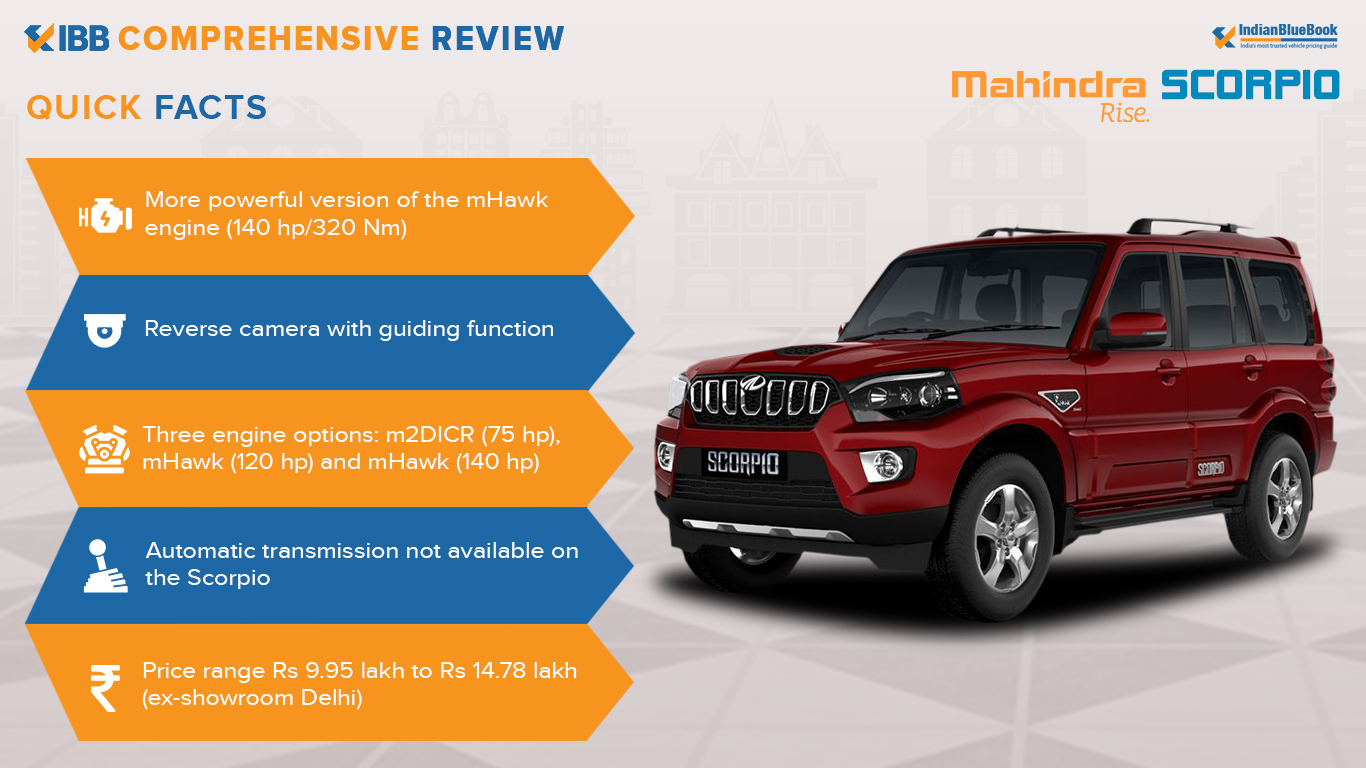 The basic form and design remain. The chrome fangs on the grille give way to more conservative yet elegant rectangular slats.

The headlights are redesigned and houses projectors and eye-brow LEDs. The front bumper is slightly design tweaked and houses chrome garnished fog lamps. The side indicators are integrated into the ORVMs. At the rear. The tailgate gets some subtle design changes to make it a little sharper and crisp. The tail lights also get some minor revision.

Like the exterior, the design changes are minimal on the inside as well. However, Mahindra has packed in more features and tech into the new Scorpio. There is a dynamic parking camera which gives its output via the 6-inch infotainment system. The touchscreen infotainment system offers Bluetooth, AUX, USB connectivity and GPS navigation. However, lack of Android Auto and AppleCarPlay is a big turn-off. The seats are finished with dark grey faux leather upholstery with dark blue fabric inserts which very well compliment the overall theme inside.

The car gets a commanding driving position which very few cars in India can match. The plastic quality is still not perfect and there are a lot of rough edges. Also, the ergonomics still remain a pain point in the new Scorpio. The infotainment system is just a 6-inch unit and lacks Android Auto and Apple CarPlay. Also, it’s placed inconveniently low. There are many cubby holes but their size and placement affects the usability. The space management inside the Scorpio is still a matter of concern and legroom at the middle and rear rows are not that great for a car of this size and segment. Boot space is just 475 liters when all the seats are up and space is mostly available vertically which is not of much use. All the Scorpio variants except the S3 variant get dual airbags as a standard feature.

The 2.2-liter mHawk diesel engine gets a new Borg Warner turbocharger and the maximum power is up by 20 bhp to 140 hp and the maximum torque is bumped to a good 320 Nm (40 Nm more than the previous model). Already a very eager and smooth mill, this one feels more enthusiastic and fun to drive. The max power is on tap right from a low 1500 rpm to 3500 rpm, translating to a meaty mid-range. Also, the engine characteristics and power on tap at higher speeds and rpm has also improved significantly, enabling the new Scorpio to munch miles effortlessly on the highways.

Another change is the new six-speed manual gearbox mated to the new engine. The shift quality is crisp with fewer throws compared to the older box. The slight vagueness of the old got addressed here.  The new box gets a new shift pattern, now you slot to the reverse by pushing the gear level further to the left beyond the first cog and this takes some time to get used to. The clutch operations have also become little lighter and the self-adjusting feature will ensure preventing the clutch getting hard with usage.

The old 2.2 liter 120 hp/280 Nm mHawak engine will continue to power the S5 and S7 variant and the 75 hp m2DICR engine is plonked into the base S3 variant. The new engine can be had with the S7 and the new introduced S11 variants.

Mahindra has slightly tweaked the suspension to handle the increase in power output from the new engine. The suspension has been tightened for an improvement in handling without compromising on the ride comfort. Also, Mahindra gives better brake pads and new brake boosters for improving the stoppage power. 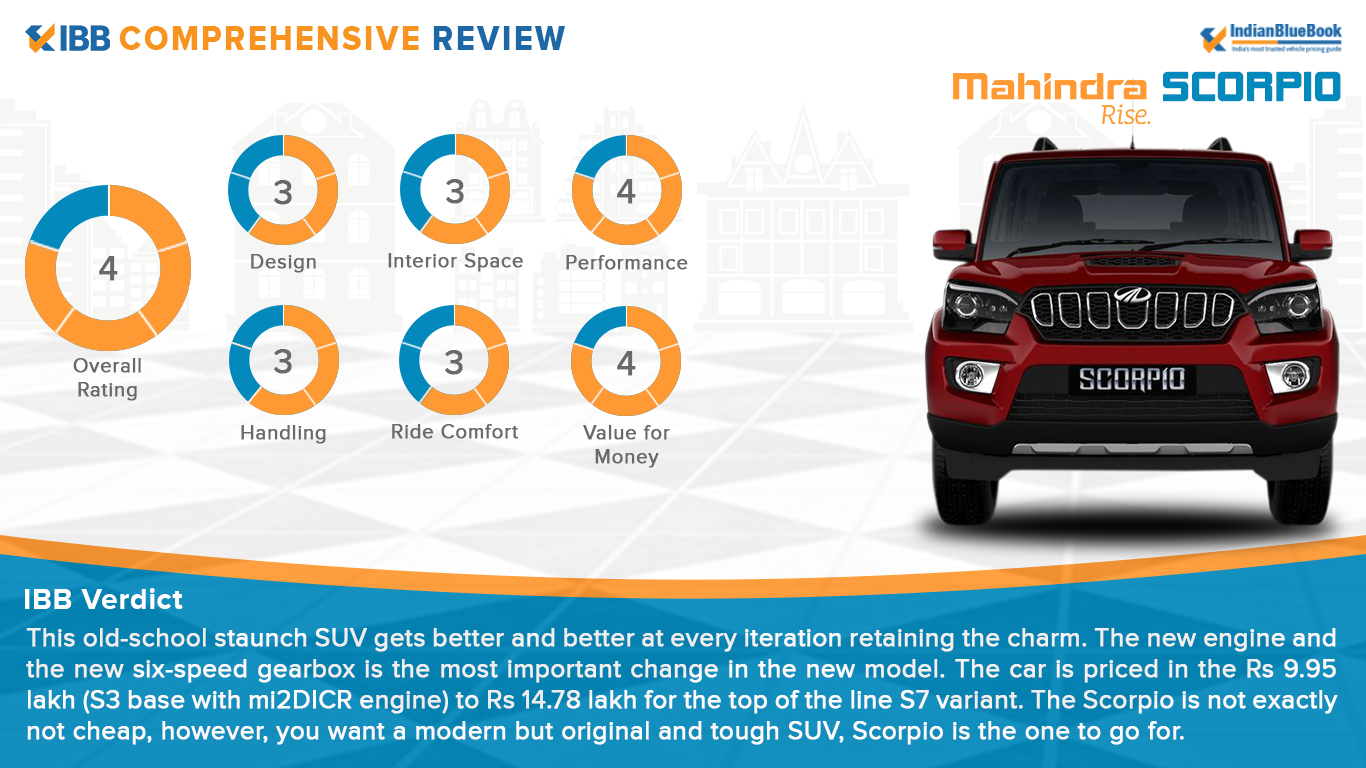