2017 Mahindra Scorpio - What to Expect 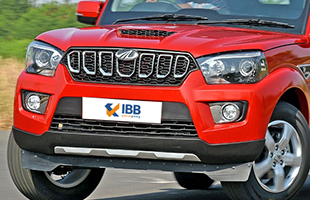 2017 Mahindra Scorpio - What to Expect

The eagerly awaited 2017 Mahindra Scorpio facelift has been launched in the Indian market and there’s a lot that enthusiasts can expect from the new version of one of the country’s most successful SUVs. The revised variants for the Scorpio are S3, S5, S7 and S11 and the S7 trim has 120 BHP and 140 BHP power options. There is a new 6-speed manual transmission unit available for the facelifted Scorpio as well.

The prices of the Scorpio have been revised and now stand between INR 9.97-16.01 lakhs (ex-showroom, Delhi) across variants. The 2.2-litre mHawk diesel engine now comes in 120 BHP and 140 BHP tune states. The latter makes 140 BHP and 320 Nm while the former makes 280 Nm and 120 BHP. The S3 base model gets the m2DICR diesel engine that makes 75 BHP. There is a 5-speed manual transmission option for the S3, S5 and S7 while the 6-speed manual gearbox is available for the S7 and S11.

NVH levels have been enhanced by Mahindra & Mahindra and there is the new Borg Warner 6th generation turbocharger along with 9.1 Bosch ABS. The design is largely similar to the previous model but there is a new grille in front with a seven-slot design inspired by the Imperio. Additionally, the bumper has been revamped with larger fog lamps, a wider air dam and of course, extra cladding.

There are faux skid plates available for both rear and front bumpers. The facelifted Scorpio gets the new and premium Pearl White (exclusively for S11 trim) colour along with Napoli Black, Diamond White (Except S11 trim), Molten Red and D Sat Silver options. There are integrated LED turn indicators for the ORVMs along with new alloy wheels. A central chrome slat dominates the rear along with red lens for the taillights. There is a roof-mounted spoiler, which is larger along with matching upholstery in faux leather.

Get the MFC Advantage! Check Used Cars for Sale!

The dashboard has been revamped with the 6-inch touch screen infotainment unit complete with GPS enabled navigation, a reverse parking camera and the dynamic assist. Other features include 1-touch lane change indicator, auto window roll-up and a roof-mounted sunglass holder. The interior storage spaces have also been greatly enhanced. The 2017 Scorpio facelift will compete with rivals like the Tata Safari Storme, Renault Captur, Hyundai Creta and Renault Duster in the Indian market.