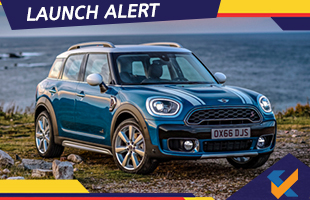 Mini has officially launched the 2018 Countryman in India and the starting price is Rs. 34.9 lakhs (ex-showroom). This price tag positions the Mini against its own brand siblings such as the Clubman and Cooper Hatch and also against the Volkswagen Beetle. The Mini Countryman will also be an alternative to other rivals like the Audi Q3, BMW X1, Mercedes-Benz GLA and the soon-to-be-launched Volvo XC40 among others. 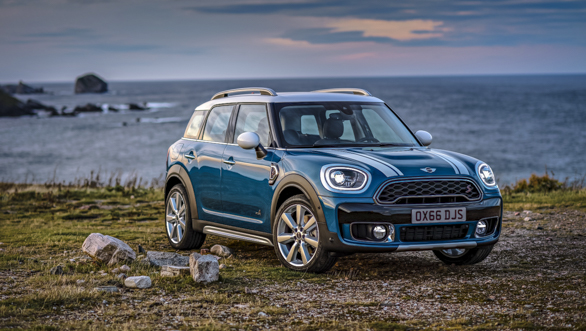 The 2018 Countryman gets a taller stance and seating position and the rugged feel is reinforced by the redesigned body cladding and taller roof rails. There is more ground clearance this time along with a more spacious cabin. Boot space has increased with 450 litres available and 1309 litres available once the rear seats are folded. The Mini Countryman also comes with the ALL4 system which is Mini’s acronym for all-wheel drive. Although a front wheel drive car, the rear wheels will now get power when driving on slippery terrain.

The wheelbase has gone up by 75 mm and width has increased by 30 mm. Overall length has also gone up by 200 mm. The Countryman comes with Island Blue and Chestnut Brown colour options which are also brand new. The same UKL2 platform is used like the BMW X1 and the headlamps are now oval shaped with an LED ring for the daytime running lights and detailing for the vertical tail lamps.

The 2018 Countryman was shown at the 2016 LA Auto Show before being arriving at the Auto Expo 2018 in India. The Countryman comes with split 40:20:40 rear seats and gets Cooper S and Cooper SD variants. The latter has the 2.0-litre diesel engine that makes 190 PS and 400 Nm while the former has the petrol four-cylinder 2.0-litre engine that churns out 192 PS and 280 Nm. There is the 8-speed Steptronic transmission setup as a standard feature.

Inside, it is all signature Mini with a heads-up display and infotainment unit complete with Apple CarPlay and other connected features. There is a reversing camera with sensors in addition to the Mini Connected App which will relay details about trips, service and fuel to smartphones. The system can read out calendar entries on your phone and plan trips to destinations according to your own schedule. The helpful Find Mate feature tags luggage and other items electronically while out on trips and can help you find them with connected apps in case they are misplaced or lost. The 2018 Countryman also gets cruise control and a high beam assistant along with front, curtain and side airbags.