The present Ford Figo model was launched in the year 2015 and has been ageing rapidly. The Figo is one of the most unique and powerful hatchbacks available although it has not garnered high sales volumes in the Indian market. The facelifted Ford Figo model, however, may be a game changer for the company in India. The 2018 Ford Figo has been snapped testing on Indian roads with heavy camouflage and is expected to get several design upgrades and possibly a new engine option.

The 2018 Ford Figo may get a new mesh grille which will be replacing the present model’s chrome slats and the grille may be inspired by the 2018 Ford Mustang model. There will be revamped bumpers along with brand new alloy wheels and a blacked out headlamp. The tail lights may be redesigned and the bumper may be upgraded as well. 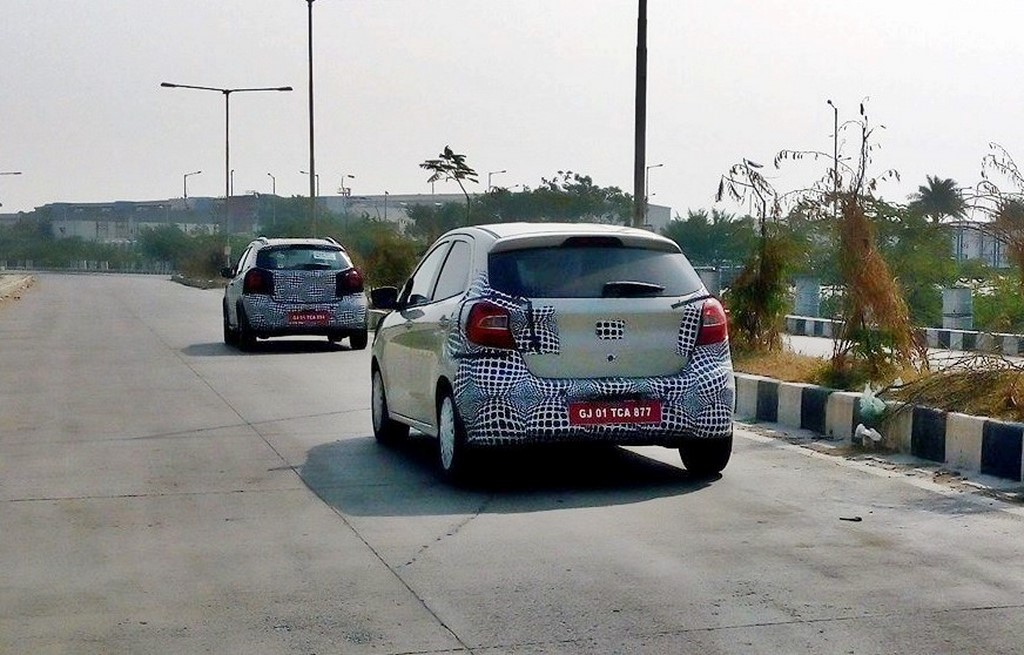 A new touch screen infotainment unit may be sourced from the new EcoSport model with SYNC 3 compatibility and Android Auto and Apple CarPlay compatibility. There may also be new upholstery for the seats along with new interior colours. A few of these upgrades may be carried over the Ford Aspire sedan too.

The car will continue using the TDCi 1.5 litre diesel engine and the new 1.5 litre petrol three cylinder engine used in the EcoSport may also be used for the facelifted Figo model. There may be an automatic transmission option available as well. The 2018 Ford Figo may be shown at the 2018 Auto Expo as per reports prior to the market launch. Ford may also launch the new Figo (Ka) in the Latin American market in 2018 prior to launching it in India.