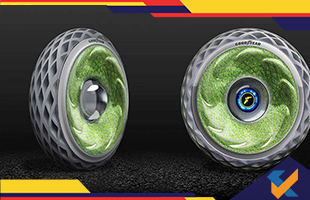 When it comes tyre technology no one seems to have a better knowledge than the company Goodyear which for many years has been the front-runner in manufacturing the best quality tyres with the most modern technology and concept. Such concepts are often revealed at the International Motor Shows and this year’s show at Geneva was no different. The most recent addition to their concept lines is a tyre that can release oxygen. Termed as Oxygene this tyre has been conceptualised to feature living moss that would be growing within the sidewalls of the tyre.

With the aim of producing an environment-friendly transport system. Goodyear has designed the tyre to absorb and circulate moisture and water from the road surface, allowing photosynthesis to occur via the growing moss after inhalation of carbon dioxide and in turn release oxygen into the air. The ever-growing population makes the demand for a greener infrastructure and transport a necessity making the concept of Oxygene the perfect solution. On an average, it is estimated that about 2.5 million vehicles installed with Oxygene have the capability to absorb more than 4000 tons of carbon dioxide in a year and in the process produce nearly 3000 tons of oxygen. 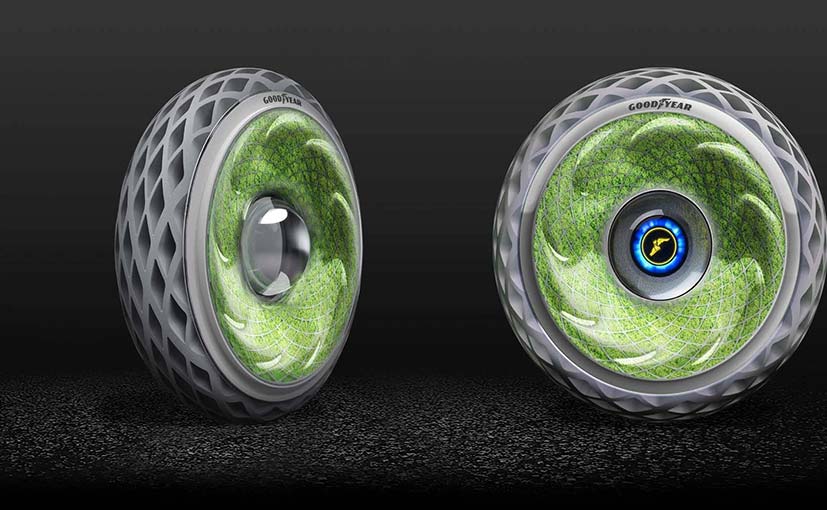 The construction and features of this tyre would be far from any ordinary tyre currently in the market. It will feature a non-pneumatic construction that will be made from rubber powder generated from recycled tyres. In addition to being eco-friendly, the tyre will also provide additional safety features courtesy its shock absorbing puncture free structure. The property of water absorption from the road also ensures the lowered risk of skidding and thus improves wet grip.

The tyre is designed to harvest the energy generated during photosynthesis to power which is embedded in electronics, including onboard sensors, an artificial intelligence processing unit, and a customizable light strip in the tire's sidewall that switches colours. It also uses a visible light communications system for high-capacity mobile connectivity at the speed of light.