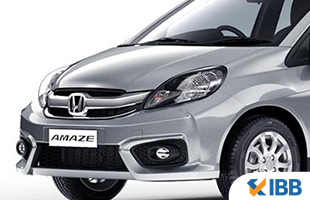 Honda Cars India Limited (HCIL) has recently unveiled the 2018 Amaze sub-compact sedan at the 2018 Auto Expo. The new generation Amaze is being created at the company’s R&D hub in Thailand while there are more inputs from the Indian engineering team this time. The Tapukara plant owned by Honda at Rajasthan will be the global supply base for the new engines which will be used in the Amaze.

There are several major updates for the 2018 Honda Amaze. Some of the things you can expect include the following:

The market launch is slated for some time later in 2018. The second generation Amaze looks more attractive than before and will come with several features and plusher interiors as well, something that Honda will need to give some serious competition to the new Maruti Suzuki Dzire which is the current market leader. Honda also claims to have made the engines more efficient in terms of overall fuel economy although official figures have not been revealed yet.

Honda has clearly focused on ensuring a better cabin ambience and design for the Amaze. Honda has also stated that its findings while developing the car were taken from comprehensive market surveys that were held in the Indian market pertaining to the lifestyles and driving requirements of Indian car owners. The Amaze is expected to launch officially by the end of this fiscal.