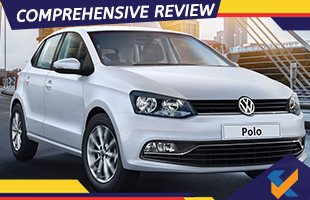 There are also some subtle changes inside the car. With that, the 1.2-liter (in a different state of tune) will now be available only on the TSi variant. We take the Polo 1.0 for a spin

No changes on the design front. The basic design harks back to the original Polo launched in 2009. Polo got a mild facelift in 2014. That means the new Polo design launched in India is not going to come to India soon. Polo still continues to have the most proportionate and tight looks in its segment, however, the car definitely has started to show its age. We expect the Volkswagen to bring the new design which is already launched in many European markets in the first half of 2019 calendar year only. The car gets dual-beam headlamps at the front and sleek looking tail lamps at the rear.

The basic dashboard design and the overall look and feel remains the same here as well. However, Volkswagen has made some subtle changes and also added some more features inside. The dashboard gets an all-black treatment on the top trims (the lower end variants get a mix of the black and beige ).

The leather-wrapped flat-bottom steering wheel is great to hold and looks premium and sporty. The interior quality is the best in class and all the parts are glued to perfection. The top-spec Highline Plus variant gets brown+ black leatherette finish. The front seats are pretty large and well-contoured. The central console gets a touchscreen infotainment system with Android Auto and Apple CarPlay smartphone connectivity. The driver gets an armrest.

Space at the rear is decent and nothing much to rave about. Polo doesn’t get rear AC vents which are becoming a trend as well as a necessity in modern cars. 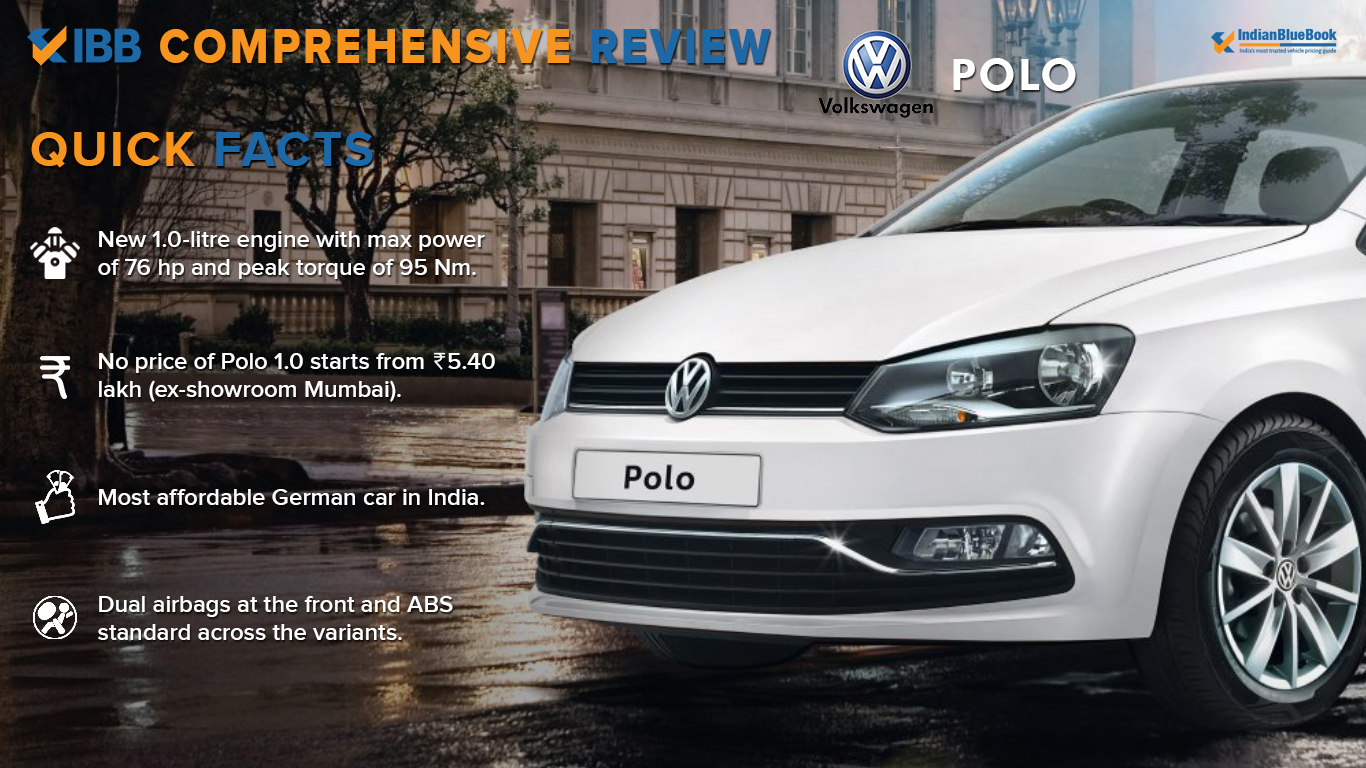 The major change of the new Polo is under the bonnet. The 1.2-liter MPI engine in the petrol Polo gives way to the new and smaller 1.0-liter unit. But it is interesting to note that this small engine makes the same max power (76 hp) churned out by the larger mill. However, the peak torque came down from 110 Nm to 95 Nm.

Not surprising, the lethargic nature of the Polo continues. The car takes a whole of 16 seconds and some change to hit the 100 kmph mark on the odometer. However, the car is pretty silent and refined at low and mid rev range. At higher revs, there is sufficient rattle and the typical three-cylinder thrum.

The car also gets a new five-speed gearbox. The gear shift is pretty slick and all the gears slot neat and clean. The position of the reverse cog, unlike the older polo, is now at the conventional position (below the fifth gear). Try the Polo GT TSi if you are looking for a fast Polo. This one is more suited for hustling in the city and the occasional highway trips.

The sporty steering wheel is nice to grip and is well weighted to offer great feedback to the driver. The car offers a great blend of ride and handling. However, the mediocre engine performance doesn’t allow you to explore the full potential of this chassis and suspension combo (the same feeling what the first-gen Ford Figo gave as) 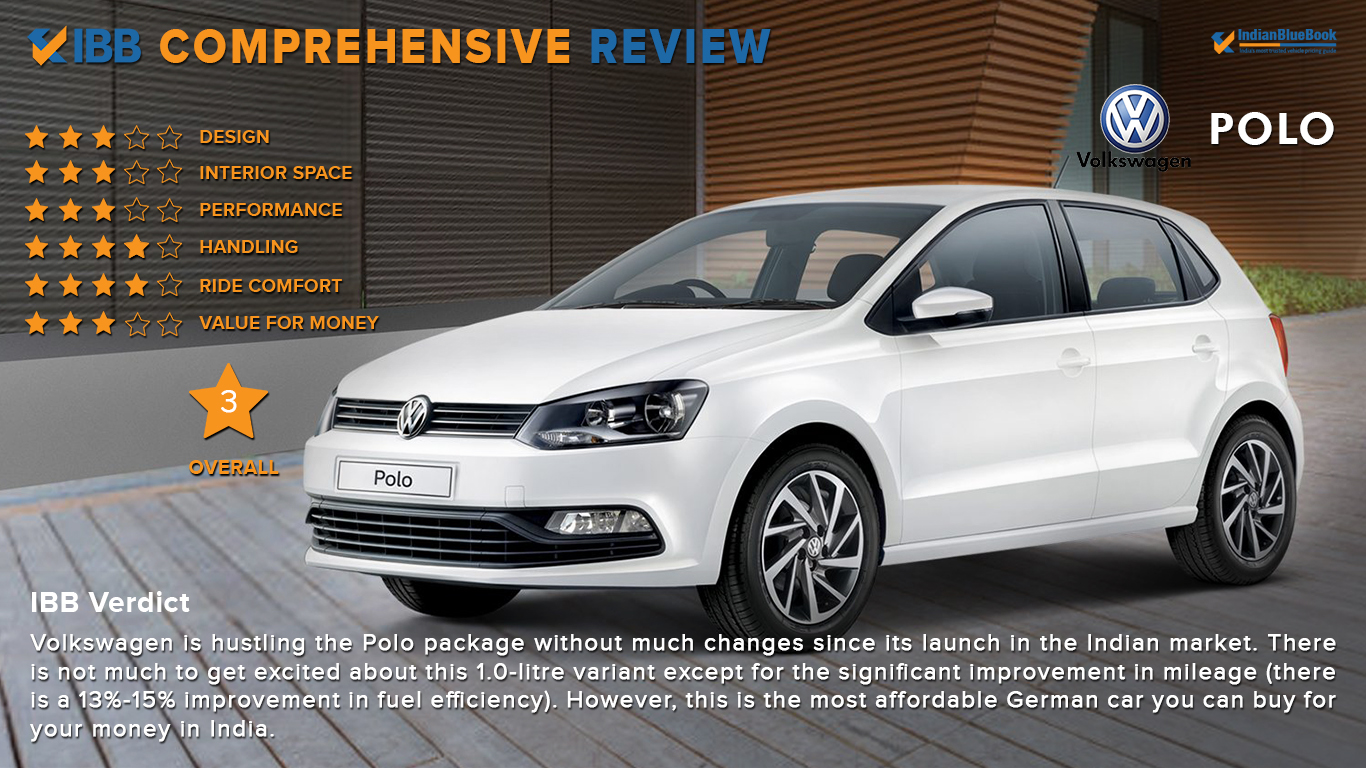 Dual airbags at the front and ABS is standard across all variants. Also, the car offers one of the best build quality in the segment.