I will pay big for a used car-Part 2 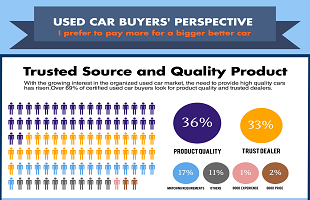 I will pay big for a used car-Part 2

Continuing from the part 1 of the article where we discovered how value for money and not just affordability is driving consumers towards used cars. We also saw how tickets prices have seen a 20% rise from 2010-2014.

Here, we discuss the factors that have contributed towards the growth of average ticket price paid for used cars.

Intuitively one may think that this increase in ticket price is due to customers’ preference for younger cars that have clocked fewer kilometers but research shows opposite trend. Customer’s preference is towards older cars that have clocked more kilometers from 2010 to 2015; the average age of used car transacted has increased by 26% to 4.7 years. It is not just the age but also the usage of cars that has gone up. Average kilometers clocked by a car before it goes into hands of next owner, have also seen growth of 30% in last 5 years. Today the average mileage clocked in odometers on used cars is 56927 KMs and in eastern zone is as high as 64490.

But does buying an ageing car means compromising on quality?  What is the logic of buying older cars at higher prices?

We will discover this in the part 3 of the article and conclude. 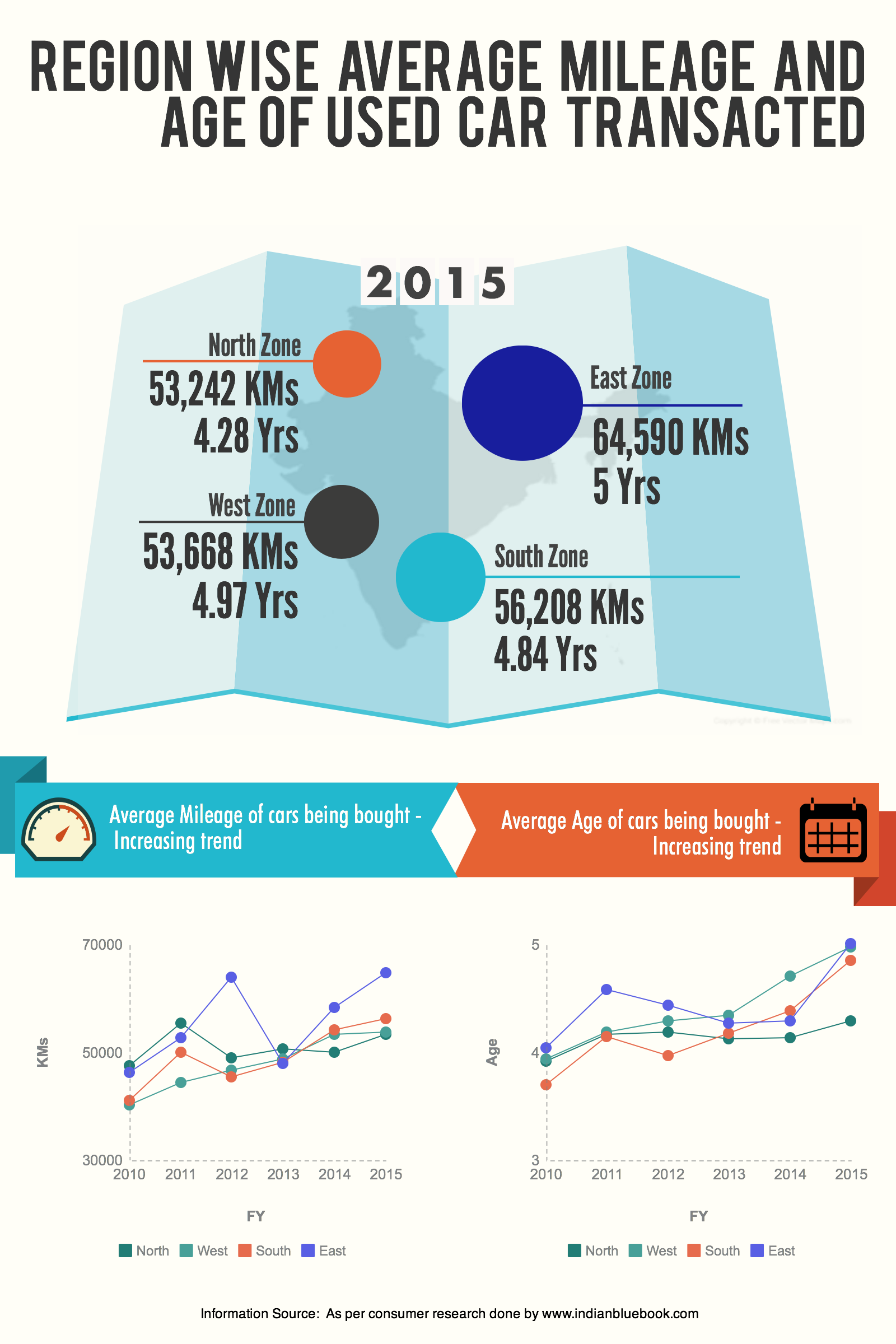