All we know about the all-new Mahindra S201

All we know about the all-new Mahindra S201

Mahindra is one of the leading automobile companies in India which comes up with upgraded car model every year. 2018 is going to be a grand year for the company with multiple products queued up for its launch in this year including facelifted and updated models. The newest launch that is set for its reveal in 2018 is the all new SUV with a code name S201. Although not a lot has been revealed about the car yet but sources have come up with a few details about the car.  The car is still at its testing stages and is expected to be launched in the later half of 2018 or maybe delated till 2019. There are speculations that the car may be called by the name XUV300 wherein the numbers would denoted the new model’s position in Mahindra’s SUV size hierarchy. 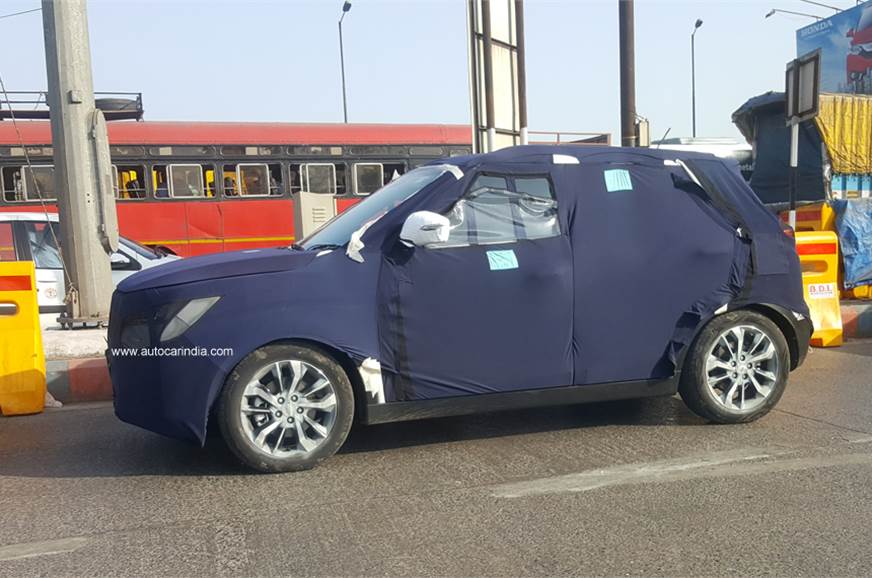 The car is set to be sharing the same monocoque chassis as the SsangYong Tivoli SUV launched in 2015. While the overall silhouette remains quite identical to Tivoli, the Mahindra S201 will get a different appearance which will be based on the products of Mahindra. The front and rear of the car may be revamped a little as compared to the Tivoli and it will also get more ground clearance and use chunkier tyres. Spy cam images reveal a few of the exterior features such as ORVMs, black alloy wheels, roof-mounted spoiler with integrated LED brake lights, horizontally-placed projector headlamps with LED daytime running lamps, wide chrome grille, a muscular front bumper and more. The cabin features are yet to be revealed but one can expect quite a few luxurious features and high end technology.

The car is expected to be introduced in two different, a sub 4-metre variant with 5 seats and an extended version with seven seats. Coming to the engines fitted in the car, Mahindra is expected to use a 1.2-litre G80 turbo petrol and 1.5-litre diesel engine in the S201. Some are expecting a 1.6-litre mFalcon engine to make its way into the car in the near future. The car is set to get newer upgrades on the exterior and interior front such as touchscreen infotainment, auto climate control, ESP and up to seven airbags.