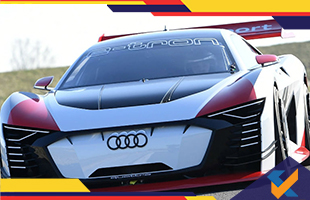 Developed exclusively for virtual races on PlayStation 4 by Audi designers for the 15th 'Vision Gran Turismo' competition, the Audi e-Tron Vision Gran Turismo concept has finally been revealed and is set to make its debut on April 14 at the Formula E in Rome. Following this the car will make an appearance in numerous other events like all European Formula E races and more. With the entry of the all popular electric car in the market the e-Tron Vision Gran Turismo race taxi will be the first of its kind to be deployed to real-world race tracks as a fully functional vehicle. 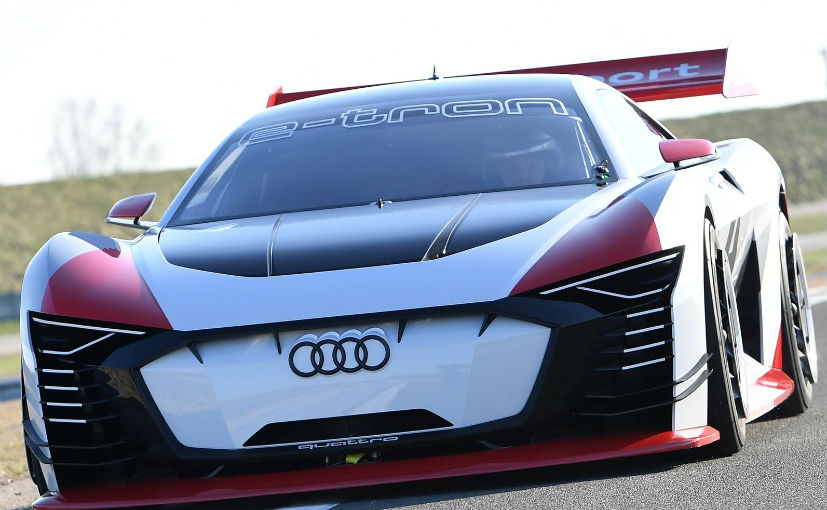 The car will be equipped with three electric motors, each of which is capable of generating 268 bhp of power thus producing a combined power of 815 bhp. Two of the motors drive the rear axle while the third one drives the front axle. Be prepared to be astonished by the whooping accelerating power of the car to accelerate from 0 to 100 kmph in a whooping time of less than 2.5 seconds. Coming to the design and other features the car takes inspiration from the Audi 90 Quattro IMSA GTO especially in terms of design elements and colour.