The new 2018 Hyundai Santro could launch by August 2018 as per the latest reports. It was previously reported that the new Santro or AH2 (codename) was being lined up for an official release during the festive season this year. However, the company has reportedly decided to advance the launch of one of the most eagerly awaited cars this year. 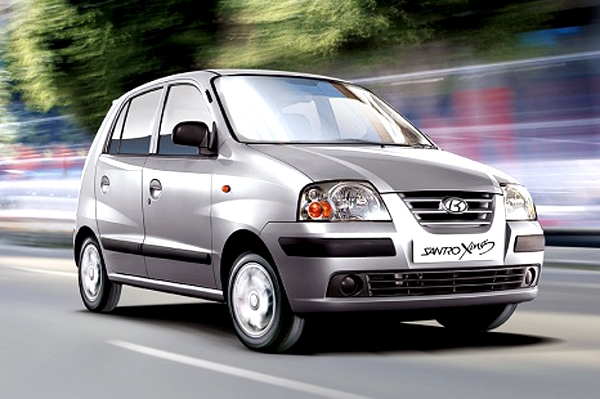 The new Santro will be a replacement for the i10 and will take on several cars in the entry-level segment like the Renault Kwid, Maruti Suzuki Celerio and Tata Tiago among others. The Santro is already being tested in India and could start from lower than Rs. 3 lakhs (ex-showroom) for the base model as per estimates. The i10’s platform will however be used for the car and it will come with a cascading grille, new headlights, new bumper, new fog lamps and new tail lights at the rear. There will also be new alloy wheels available for the car.

There will be dual tone fabric upholstery inside along with a new steering wheel, dashboard layout and dual tone door panels. The new Santro may get 1.1 iRDE and 0.8 litre engines although nothing has been officially confirmed yet. The engines may be paired to 5-speed manual transmission system while an AMT option is also expected to be present. The Santro could be priced between Rs. 3-5.5 lakhs (ex-showroom) and will be slotted between the Eon and Grand i10 in the Indian market.