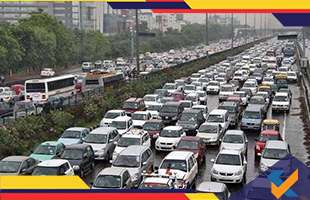 The financial year 2017-2018 surely was a rollercoaster ride for automotive industry but finally it ended in a huge growth in the month of April, which did bring smiles to people concerned with the industry. It all started with the government implementing the BS-IV norms in India, this didn’t change anything for the passenger vehicles but it was a huge blow for the two-wheelers and commercial vehicles. After this came up the goods and service tax issue, this saw a huge rise in the cess rate and hence the price of the cars went up a huge level.

The growth of automotive industry in 2018: -

What was the actual difference between April 2017 and April 2018?

In the working year or financial year of 2017-2018, the automotive industry produced a total of 2645618 vehicles including passenger vehicles, commercial vehicles, three wheelers, two wheelers and quadricycles till the moth of April, 2018. Till the month of April,2017 the automobile industry produced 2242965 vehicles were produced, taking the total number of passenger vehicles, commercial vehicles, two wheelers, three wheelers, quadricycles in calculation. This clearly showed the growth percentage of 17.95 when calculated in total.

Growth in sales for passenger vehicles: -

In the utility vehicle and passenger vehicle field, the biggest gainer for this growth were Maruti Suzuki, Hyundai, Toyota and Tata Motors as well. These companies were the prime players of these segments of the Indian market hence they got the fruit for their investment and hard work as well.

Growth in the field of commercial vehicles: -

Growth in sales for two wheelers: -

two wheelers registered a sales growth of 16.92 percent in the April 2018 comparing to the April 2017. Within two wheelers segment, motorcycles and mopeds grew by 12.63 percent and 19.38 percent respectively. In this section, hero remained in the top position in having the highest growth whereas, Honda, TVS and Royal Enfield shared the fruits of the sales growth as well.