Best Utility Vehicles in India? Have a Look 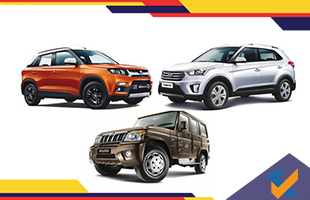 Best Utility Vehicles in India? Have a Look

Utility Vehicls have always had a good sale in India. It has recently witnessed a good surge in demand as well. There was a growth of UVs in India by 11.92% and there was a sale of 79,136 units among 2,98,504 PVs sold in the month of April this year. This trend witnessed a slight dip owing to increased fuel prices. 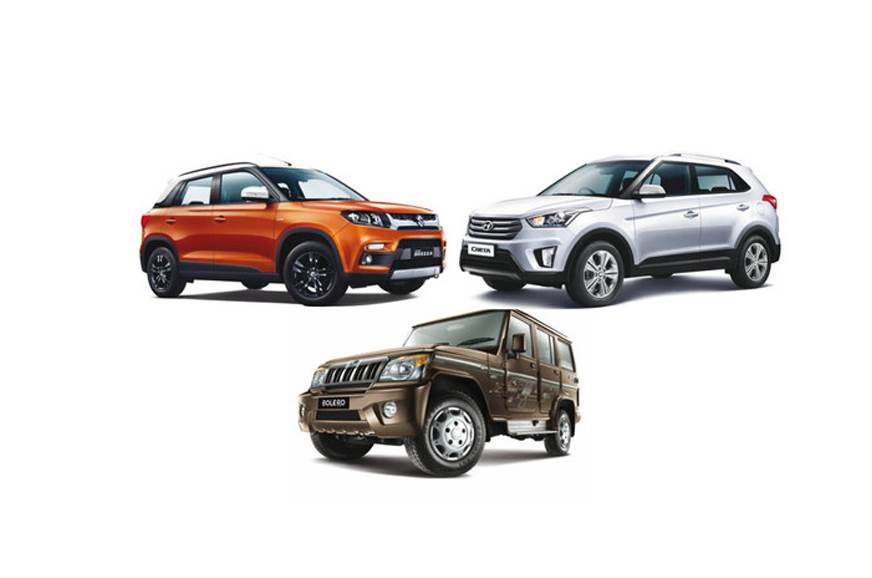 Maruti Suzuki Vitara Brezza still aces the list of the top Indian UVs. It sold a more than 10,653 units last year. Although rivalling with Tata Nexon and the new Ford EcoSport, Vitara Brezza still continues to rule the market of UVs in India. It comes with updates of its own as well. It gets new colour optios, new safety features like - safety features like dual airbags, ABS and EBD. The biggest attraction is the installation of an AMT coupled to a 1.3-litre four-cylinder turbo-diesel engine. Maruti Suzuki is hopeful for its ever increasing sales with these updates of Brezza.

It’s a neck and neck tie between Vitara Brezza and the all new Creta by Hyundai. The car sold more than 9213 units last year and since 2015, from its launch day, Creta has been sold by over a 2,50,000 units. This crossover is scheduled to receive updates as well.

Since demand for rugged looking utility vehicles has still not subsided, Mahindra Bolero still continues to stay in the market with its full glam and glory. It in fact, it ranks 3rd in the top 5 UVs of India. Last year this car was sold by 6,358 units and it continues to be sold in high number this year too.

The 4th in the list is Toyota’s Innova Crysta. The car was sold by 6,589 units last year. The latest update of the car include a better and wider cabin, better performing engine and automatic transmission.

The last in the list of top 5s is Maruti Suzuki Ertiga which sold over 5689 units last year.