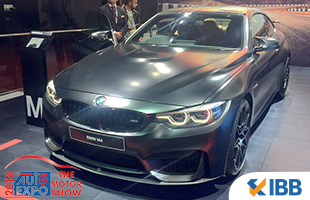 BMW has made the most of the 2018 Auto Expo with quite a few new launches and exciting concepts. BMW launched the M3 sedan and M4 Coupe at the 2018 Auto Expo which are priced at Rs. 1.30 crore and Rs. 1.33 crore respectively. The Sports Activity Coupe of the X6 xDrive35i M Sport was launched as well and this is priced at Rs. 94.15 lakhs. All three new products will be available at BMW dealerships as CBUs.

The X6 xDrive35i M Sport comes with a 3 litre 6-cylinder inline petrol engine that can touch 100 kilometres per hour in only 6.4 seconds. This gets the huge kidney grille, LED fog lamps mounted on the bumper and LED headlamps. The M Sport version comes with 20-inch wheels and there are standard trapezoidal exhaust tips. There is Nappa leather as an option for upholstery while Dakota leather is offered as standard. The front seats are 14-way electrically adjustable and there is the touch screen 10.25-inch infotainment unit for getting access to controls like the iDrive. 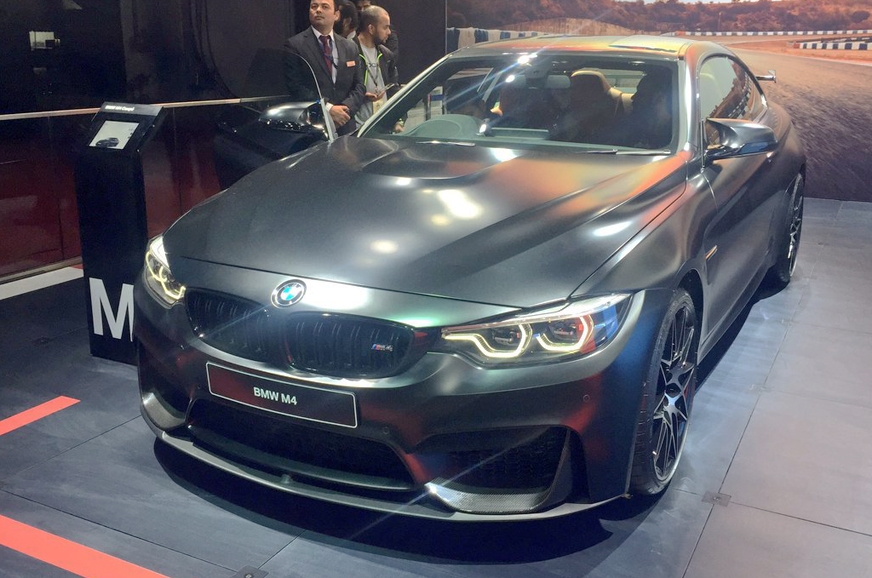 There are two 9.2 inch rear screens which can be operated via remote control. There is also a 600W audio system from Harman Kardon with 16 speakers. Both the new M3 and M4 come with 3 litre inline M TwinPower Turbo petrol engines that can touch 100 kilometres per hour in only 4 seconds. The new BMW X3 was also debuted at the 2018 Auto Expo. The car should be launched sometime later and prices could be revealed in May 2018 as per reports. The third generation new BMW X3 comes with excellent driving dynamics along with ample comfort. It is 55 kg lighter in comparison to the previous version and stiffer too. There is loads of new equipment for the car with more interior space due to a bigger wheelbase.

The design is quite similar to the signature BMW design, particularly at the rear and there is a new iteration of the tail lamps which are L-shaped. There is the kidney grille at the front which is bigger and the headlamps are separated from the same. There will be the XDrive 4WD setup along with the 8-speed ZF automatic transmission units. The engines could remain the same as the earlier versions. This will probably include the xDrive20d four-cylinder diesel mill, four-cylinder xDrive30i petrol mill and the 6 cylinder xDrive30d diesel engine which could get the M Sport pack. There is also the iDrive infotainment system with gesture and touch control along with a heads-up display system, adaptive dampers and 360-degree cameras for the top-end variants. The pricing should be more competitive for the BMW X3.

BMW also launched the 6-Series GT (Gran Turismo) in the country at a competitive price point of Rs. 58.9 lakhs. The petrol variant has been launched and it will be produced at the company unit in Chennai. The diesel version is expected sometime later. There are the four cylinders 2-litre engine that make 258 hp and 400 Nm. There are key features like BMW apps, Park distance control, ambient lighting, multifunctional instrument display and more.

BMW also launched the brand new M5 at the 2018 Auto Expo. The M5 makes 600 hp and 750 Nm of peak torque. There is a carbon fibre roof for the very first time and this has lowered the overall weight of the car. The M5 is priced at Rs. 1.43 crore. The brand new second generation Mini Countryman SUV has also been shown at the 2018 Auto Expo. This will be launched officially within the next few months and will compete with rivals like the BMW X1, Mercedes-Benz GLA and Audi Q3. The Mini Countryman shares the front-wheel-drive UKL1 platform with the BMW X1 and also its engines. The Countryman Cooper S should get the 2.0-litre turbo petrol 192 hp engine and the Countryman D should also get the 2.0 litre 190 hp diesel engine. There is an 8-speed automatic transmission system paired to these engines. This Countryman will get the ALL4 AWD setup from Mini.

The new Countryman looks different aesthetically and comes with squarish tail lamps and headlamps. There are the aggressive chrome grille and bumpers along with beefy cladding for the wheel arches. There is the floating roof of the car and the retro design inside. There is also the iDrive infotainment touchscreen unit. The 2018 BMW i8 Roadster was also shown at the 2018 Auto Expo. This roofless variant of the hybrid plug-in sports car touches 100 kilometres per hour in only 4.6 seconds.

This will get an Indian launch sometime later in 2018. The drop-top variant will be accompanying the BMW i8 Coupe as the flagship model in the BMW India lineup. The roadster version has a roof tucking away or opening in only 15 seconds. The rear seats have been done away with for enhanced luggage space. There are the three cylinders 1.5-litre mid-mounted turbo petrol engine that makes 231 hp. There is 12 hp of extra electric power and an increased driving range. The total engine output now stands at 374 hp.

BMW also displayed the i3S electric hatchback at the 2018 Auto Expo. This is a more powerful version of the standard i3 model. The electric motor makes 184 hp and 270 Nm. There is the lithium-ion battery that has a capacity of 33.2 kWh while the maximum range claimed by BMW stands at 280 kilometres. There are the optional range extender and a 647 cc rear-mounted petrol two-cylinder engine which offers an extra 120 kg by way of kerb weight. There is a generator which ensures electrical charge for the battery (floor-mounted) whenever needed. The car also gets several other changes including a lower-suspension system which is returned and a broader rear track along with exterior and interior changes.