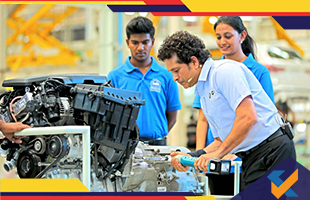 One of the familiar automakers, BMW has launched a new plan known as ‘Skill Next’ and they have planned this for the 11th anniversary of the company. This plan was launched by the BMW Group Plant which is situated in Chennai. The brand ambassador of BMW, Sachin Tendulkar assembled an engine as well as transmission of BMW with some students at the assembly line of the Group Plant of BMW in Chennai. This was done as a marking to the beginning of this excellent project.

Following this initiative, the company will provide 365 BMW engine & transmission units to the engineering as well as technical institutes at free of cost for the purpose of learning and providing education. The BMW Group will deliver the engine as well as transmission units to the industrial training institutes, engineering colleges and polytechnics at free of cost within the end of this year. 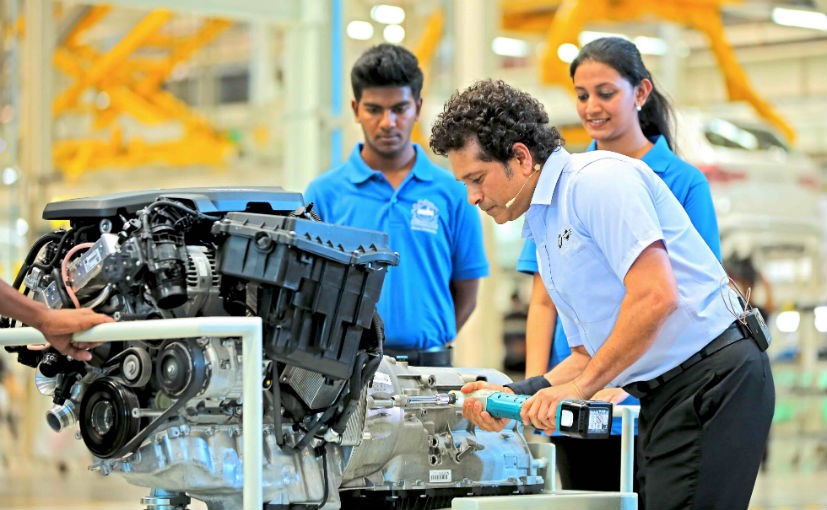 Units Will Be Delivered On FIFO Basis:

The president of BMW Group, Vikram Pawah said that the segment of luxury automotive has achieved a tremendous growth in India in the previous decade. Since the increasing number of cars founded on the road, there is a great requirement of technical talents in this automaker industry. He also added that this ‘Skill Next” will be a great chance to promote the technical competencies of the students across India in a strong manner.

Further, it also helps the students to enhance the practical knowledge of them regarding the technology of advanced automotive. This initiative will play a great role in increasing the skilled technical persons who are in great demand and also highly required for the dealerships of automobiles in India.

Six Cars Powered With The Engine:

The unit of state of the art engineering includes the TwinPower Turbo of BMW with a diesel engine of four-cylinder as well as 8-speed Steptronic of an automatic transmission for delivering to the institutes which are interested in this project. These engines are currently using in six cars which are manufactured in the BMW Group Plant of Chennai. The six cars include BMW 3 Series, BMW 5 Series, BMW X3, BMW 3 Series Gran Tourismo, BMW X1 as well as the upcoming Cooper D which is a MINI Countryman.

After the handover, the institutes will be provided with the module of ‘Train the Trainer’ where the Master technicians of 40 Aftersales will conduct workshops at the dealerships of BMW in 20 cities. This module will then be devised by the professional trainers of BMW from Group India Training Centre Of BMW and Group Plant of BMW Chennai. Also, the workshops will include both the classroom sessions as well as practical sessions with the detailed materials for training.