Bugatti scores a century in its production and delivery 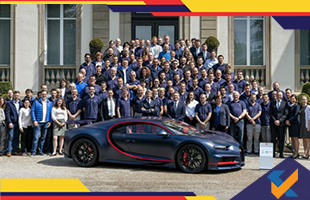 Bugatti scores a century in its production and delivery

Bugatti is a very well known model that has created rage under Volkswagena Company. Recently, they have produced their 100th model and also delivered it. The 100th unit was its own model Chiron. The Chiron looks extremely classy and has been given dark blue carbon body with Bugatti's patent and iconic sideline in Italian red and also complemented by red seats and interior accents.

The Chiron features in the list of world’s fastest cars and the price is also fancy, around 22 crores as per Indian value. The 100th Chiron looks extremely dynamic and is also elegant in equal measure. This is surely an epitome of masterpiece of craftsmanship. As per reports, the production of Chiron is going on full swing. Almost 70 Bugatti is produced by Volkswagen every year; the production might also increase in the near future. It shows that Bugatti produces highly individualized masterpieces every year. 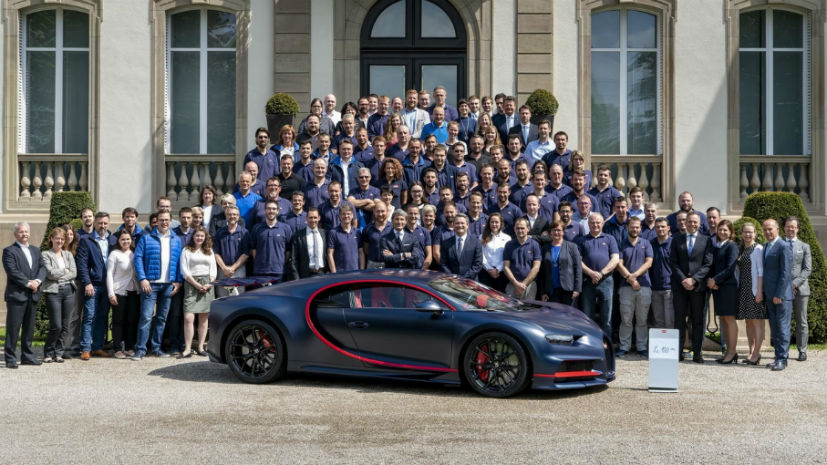 It has been updated that Bugatti will stick to the production of 500 units of the Chiron in total, among which the company claims that 70 cars will be up for sale per year. This is so because, 400 units are yet to be produced and delivered. Thus, Bugatti is expected to complete the same in the coming five years. They have drawn a restriction in their production and delivery in order to control the whole unit production very tactfully.

The 100th Chiron has been offered with certain special features which are extremely lucrative and very attractive configuration. The sideline paintwork in Italian red and mink black wheels create contrast and gives an extremely classy appeal to this model. All these special features and appearance has been offered to the car in order to celebrate its 100th production of the same model. This car has been delivered to a customer from Arabian Peninsula.