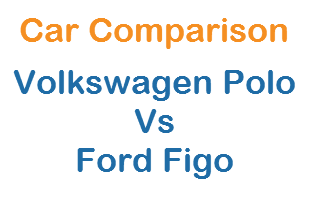 Diesel performance cars are getting better day by day. Cheaper fuel and better mileage than the petrol car is an added advantage. As a result, more and more car customers are opting for diesels these days. Here we have taken two top of the hill 100 PS+ performance hatchbacks, the Polo GT TDI and Figo TDCI to compare. Both not only endows scintillating performance on the tarmac but also has the inherent qualities of a diesel hatchback kept intact.

The new Ford Figo has no resemblance to the older model. Not only it looks different, but also the new Figo is bigger in length and width compared to the old model. The front end is dominated by the signature Aston Martin type front grill. Swept back front headlamps, sporty front bumper and the prominent dome on the bonnet completes the front end design. The fog lamps look like two torches on the either sides. The side profile has got enough creases and lines to give a modern and rounded look compared to the squarish silhouette of the older model. The stubby looking boot with angular and rounded rear lamps completes the design. The 14-inch wheels look puny and the Figo definitely needs larger 15-inch wheels to complement its design and performance.

Volkswagen design philosophy revolves around the understated elegance and the same continues on this baby VW. The car has a time-tested elegance and exudes class. The car has no traces of any quirky elements except for some chrome bits, considering the fetish for chrome among Indian consumers. The GT Polo looks similar to the standard version except for the GT badge on the front grill, C-Pillar and the hatch. The car also gets a blackened out  rear view mirrors, a black spoiler and a differently styled set of 15-inch alloy wheels.

If you are looking for a classy looking car without much fanfare, Polo will endear you with the understated elegance. However, the new Figo looks fresher and has many interesting design cues. The puny 14-inch wheel is a downer.

The Ford has infused the waterfall design theme on the Figo’s dash, similar to the ones found on the Ecosport and Fiesta. This design, along with the chunky and large steering wheel gives the Figo a big car feel. The interiors are all black with some dull silver bits to add sportiness. The car is also well kitted, especially the Titanium and the Titanium Plus variants. The top-end gets six airbags along with ABS plus EBD making it one of the safest car in the sub 10 lakhs price bracket. The cyan backlit instrument cluster along with the 4.2-inch screen for the infotainment system looks nice and sporty. 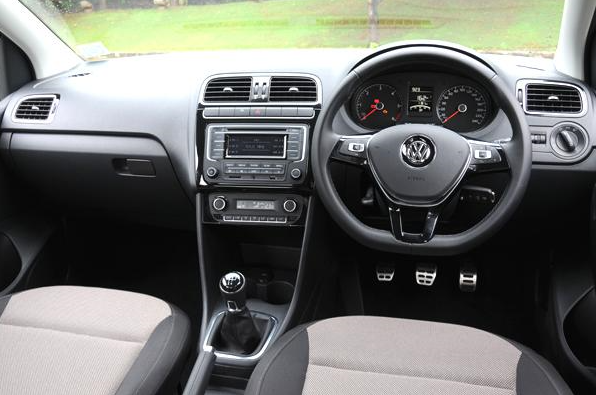 The interiors on the Polo carry forward the understated design philosophy of the exteriors. To add to that much-needed sportiness for the GT variant, it gets an all-black treatment dashboard, sporty drilled aluminum pedals, dual-tone seats and GT garnished doorsteps. The leather wrapped and flat bottom steering wheel looks sporty and nice to hold. Still, there is an air of utilitarian feel to the Polo’s interiors and its high time VW go for a complete design revamp treatment inside.

Figo scores over Polo in terms of space. The Figo also has a bigger boot of 294-liter compared to the Polo’s 257-liter boot. 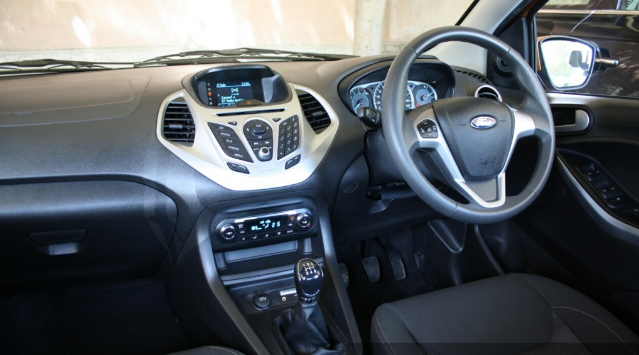 When it comes to features and creature comforts, both the cars offers a whole host of features like automatic climate control, electrically adjustable ORVMs, infotainment system, height adjustable seats and steering, Bluetooth connectivity and audio streaming. When the Polo gets a cruise control option the Ford tries to compensate it with the Ford Sync and Ford MyKey options.

Engine and On the Road Performance

The heart of the matter, the 100 PS+ engines under the hood of these cars are the major highlight. Powering the Figo is the same tried and tested mill doing duties in the popular Ecosport and the CS Aspire. Thankfully, Ford has not detuned the engine and hence it dispenses 100 PS @ 3,570 rpm and 215 Nm torque @ 1750-3000 rpm. The car has a very eager nature with loads of torque and more importantly, almost nil turbo lag.

When it comes to actual performance on the tarmac, the Figo with virtually with no turbo lag dishes out more useable power. Though the Polo has stronger figures on paper the turbo lag play the spoilsport here. However, once the turbo starts spooling it’s an altogether different ball game and brightens up the things. The Figo has a sticky gearshift character and plays spoilsport when you are shifting thru the gear box. Compared to that, Polo has a more precise shift but has a notchy character to it.

To sum it up, Polo is the choice for the boy racer in you. It responds well post 1700 rpm (once the turbo starts spooling). Compared to that, Figo dispenses linear power right from the bottom of the revv range to amplify the everyday usability and is a far better car to drive in the traffic.

The Fords are known for handling. However, the new Figo is a sloppy handler compared to the older one. The car gets a less precise electronic steering compared to the hydraulic one on the earlier model. Though based on the same platform, the new Figo has compromised on razor sharp handling for ride quality. Added to the same, car has surprisingly fair amount of body roll when attacking bends and corners. However, Figo has an impressive straight line stability and has a big car feel on the highways.

Compared to the Figo, Polo has a better communicative electronic steering wheel and is a better handler. The Polo also is tuned for comfort but handles better than the Figo on tight bends and corners. Also, the 15-inch wheels, larger than the Figo gives the Polo an upper hand.

Both these diesel hatchbacks not only gifts you with superior performance retaining the core qualities of a diesel car. VW Polo with its 105 PS motor and classy exteriors and interiors make it an ultimate 'sleeper' car. Also, Polo keeps the boy racer in you happier than the Figo.

At the other end, the Figo with its linear motor and larger interiors is an impressive package. The car not only returns breathtaking performance but also is a better car on the highway and the city. The Ford is far cheaper to maintain than the VW as well.