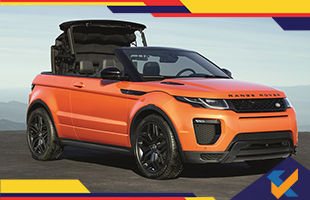 Much to the amusement of automobile lovers in India, Range Rover has announced the date of its new Range Rover Evoque Convertible launch. It is being said that the SUV would be launched on 27th of March. The car was being anticipated by the experts for quite a while now. As per the announcement, it would soon be running on Indian roads. In fully loaded dynamic variant, the new Range Rover Evoque Convertible is powered with a 2.0-litre ingenium petrol engine. The engine is capable of giving about 240 horsepower of maximum power. 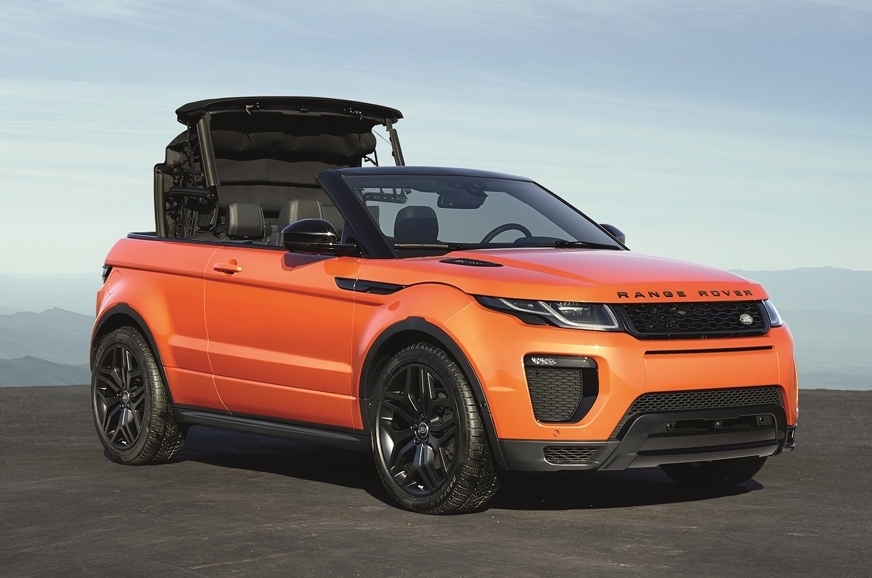 It is the first luxury SUV being launched in India by Jaguar Land Rover. Interestingly, a model of Range Rover Evoque convertible was showcased in Los Angeles Motor Show in the year 2015. The 2.0-litre engine is similar to the one which made its debut with Velar. As mentioned earlier, the SUV is capable to produce 240 horsepower with the help of four-cylinder unit present. The capacity of torque is 340 Nm. The car comes with a nine-speed automatic transmission. Talking about the speed, it is confirmed that the vehicle can reach 100 K/h in 8.1 seconds of time. The maximum speed of the vehicle is 217 K/h.

The interesting part about the new Range Rover Evoque is the fact that it comes with fully loaded HSE dynamic variation. This implies that the vehicle is instilled with great features. Some of them include adaptive LED headlights, ambient lighting, leather seats and much more. The car also features a brilliant infotainment system. Navigation feature is also installed in the vehicle. With all being said, the company has refrained from announcing the price of Range Rover Evoque convertible. However, the experts have suggested that the vehicle would be priced around 80 to 85 lacs INR.

Defining other features, the all new Range Rover Evoque Convertible has a reinforced monocoque chassis. The door panels are also modified so that they have the appeal without the roof. Talking about the roof, the vehicle has a fabric convertible roof which takes about 20 seconds in operation. The speed of the vehicle should be around 48 K/h to work the roof according to the aforementioned time. The makers have improved cabin insulation and reduced noise with an acoustic inner lining in the roof. A wind deflector has also been used to improve driving comfort as well as the experience.