Datsun GO gets a Crossover Version 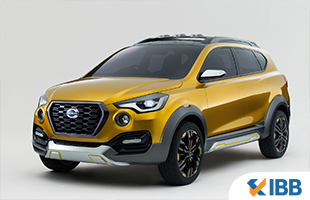 Datsun GO gets a Crossover Version

The concept version of Datsun Cross was first displayed in Tokyo Motor Show in 2015. Now with the reveal of its production version, bookings have already started. The crossover car will house the standard Datsun Go 1.2 -litre three-cylinder engine and wave a price tag of 7.27 lakh.

The 1.2 -litre three-cylinder engine will punch a 67bhp at 5000 rpm, and 104 Nm of peak torque at 4400 rpm. The transmission on the vehicle will be a 5-speed manual transmission. Datsun will also provide an additional CVT automatic provision with an enhanced power output of 77bhp at 4000rpm. The safety system of Datsun Cross will be emphasized with features like, dual front airbags, Anti-locking Braking System with Electronic Brakeforce Distribution, automated brake assist, traction control and stability control. 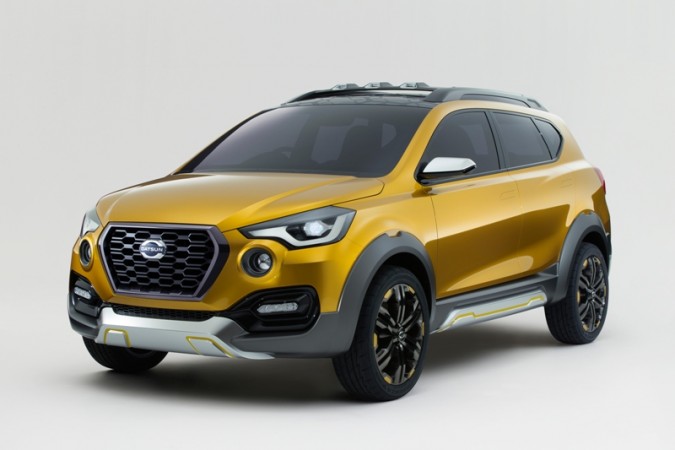 On the design front the production model retains a lot of features from the concept model. It exhibits a chunky semi-muscular look with a highly animated frontal appearance. A wide grille with honeycomb mesh, blacked out bumper with faux skid plate, side skirts and black cladding along the wheel arches and the doors. The headlamp setup imbibes projector lens halogen lights with LED DRLS and a widely opened big round fog lamps. Additionally the Crossover version of Go also includes alloy wheels, chrome finished exhaust and grille, and silver finished roof rails in its architecture. To add to its functionality the cross clears off the ground by a comfortable 200mm.

The Datsun Cross concept version was although teased at the Auto Expo 2016, yet the company denies of any immediate plans for introducing the Cross model in India. However, the features performance and aggregate performance of the model needs to observed and examined to see if it fits in the spec requirements of India.