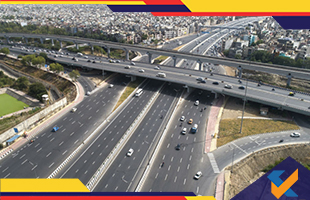 Prime Minister of India inaugurated the Delhi-Meerut Expressway and the Eastern Peripheral Expressway (EPE) in the National Capital Region on Sunday. The Delhi Meerut Expressway is a part of a 14-lane expressway that starts at the Nizamuddin Bridge and goes until the Uttar Pradesh border. The first phase of the construction was done within 18 months, about 12 months before the scheduled time and the investment made into it was about 841 crore. It is a six-lane expressway with two eight-lane highways, one on each side, a 2.5m-wide cycle track and a 1.5m-wide footpath. Various other features line up the construction such as vertical gardens with solar panels for lighting, drip water irrigation, Advanced Traffic Management Systems (ATMS) and CCTVs along with replicas of monuments like the Qutub Minar and Ashoka Stambh. This construction will save a lot of time of the travellers taking about 45 minutes instead of 5 hours for a travel to and from Delhi and Meerut.

The Eastern Peripheral Expressway is a 135km-stretch of expressway which is constructed with the aim to curb traffic and pollution in Delhi. The Expressway will redirect two lakh vehicles around the national capital on a daily basis and has been built to have features such as being lit by solar power, 135km-stretch of expressway, smart and intelligent highway traffic management system, video incident detection system, and an Electronic Toll Collection (ETC) system. The total cost of the construction stands at Rs 11000 crore and has been built at a lightning fast speed of 17 months.