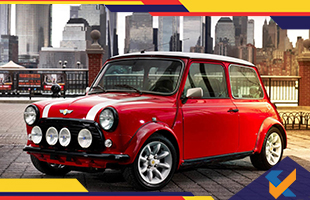 The New York motor show has witnessed the unveiling of an electrified version of the original Mini. Based on a late version of the first Mini that has been completely restored, the original four-cylinder engine of the car has been replaced by a pure electric powerplant. According to Mini, the finished car is a blend of the brand’s unmistakable character and zero local-emission technology.

It is hardly a coincidence that the show car comes just a year before Mini launches its first series production electric model, which will be based on the three-door car. While Mini’s engineering team is at work to take the car closer to the production stage, the marketing department is putting its best foot forward to increase awareness of Mini’s upcoming model.

The one-off Classic Mini Electric has been produced to show how the original city car recipe can be adapted to accommodate the latest in drive technology. The Mini Electric, first previewed by the Mini Electric concept of 2017, has been spotted testing on various occasions.