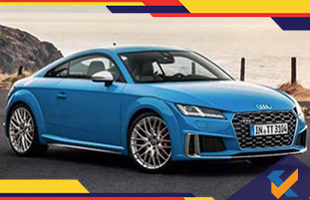 The images of Audi TT has been leaked online, by which, it is expected to have design changes on the facelifted two-door as and when it is launched. The pictures of  TTS coupe

With more robust styling than its predecessor was posted on the Instagram. This was indicated by an enlarged front splitter and diffuser. Prior to the leak, TT development cars spotted at the Nurburgringshowed that lower variants will also see similar enhancements. 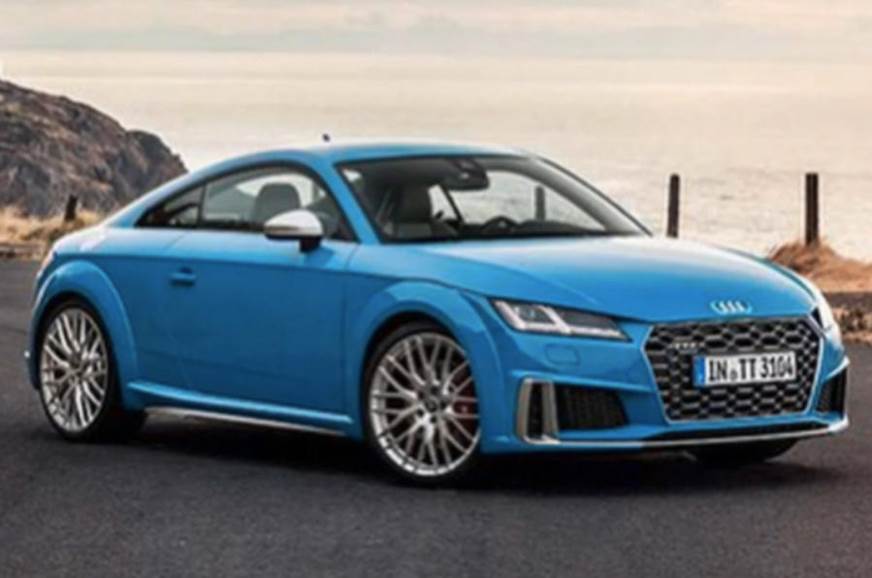 The company has released technical details. Nonetheless, the car engine line-up will remain the same. The current generation TT sports a 1.8-litre TFSI and a 2.0 liter TDI is likely to

next generation model. Even the range-topping TT RS-, which uses a turbocharged 2.5 liter

five-cylinder engine is likely to get mild changes. By this, the current car’s 400 hp is likely to be boosted to more than 405 hp. The latest TT acted as a halo car for virtual car system on its introduction. The facelifted car is expected to make a smaller stride in this area. The cabin design and other interior are not changing much. At the Geneva Motor show in 2014, the current model was launched. Going by the recent sightings at almost finished looking car in Europe, Audi is likely to reveal its facelifted TT.

The third generation Audi TT is available in India but with only 230hp state of tune. Its current price tag is Rs.73.54 lakhs at Delhi. Only time has to tell as to when the facelift will be brought to our country.

In addition to the tweaked third-generation engine line-up, also the car comes with the more standard kit. Audi’s drive select system and automatic headlights and wipers now come as standard form the base model.