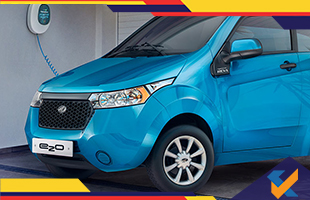 The government of India has decided to extend the current FAME or Faster Adoption and Manufacturing of (Hybrid and) Electric vehicles till 30th September 2018. A notification was recently issued to this effect by the Ministry of Heavy Industries and Public Enterprises. The government also has aspirations to launch the second phase of FAME. Though the amount allocated for subsidy is yet to be disclosed, but the government believes that it will be adequate, at least for the next six months. Initially, Phase-1 of the FAME scheme was intended to run for two years, FY 2015-16 and FY 2016-17. But on 30th March 2017, the government decided to extend the scheme till the time it started off with phase-II of the FAME scheme.

Industry insiders are thankful to the government for this move, as it is believed to facilitate the industry in surging ahead. Besides the FAME-II scheme is expected to have a much more constructive approach to achieve the desired results. Till 26th July 2017, over 150,550 hybrid and electric vehicles have been given the FAME incentive. According to the Indian government, it will be increasing the budget for supporting electric vehicles in India to Rs. 8730 crore under the second phase of FAME scheme. Out of this amount, Rs. 5500 crore has been allocated for demand-side incentives, Rs. 2500 crore for electric buses and Rs. 1000 crore for electric four-wheelers. Furthermore, the scheme will also earmark Rs. 600 crore for offering incentives on high-speed two-wheelers and Rs. 750 crore will be earmarked for giving incentives to high-speed three wheeler owners.