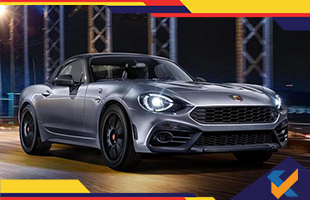 Just before the Geneva Motor Show, Fiat has heated up the market with its revelation of the new Fiat Abarth 124 GT with the removable carbon-fibre hard top. The new vehicle is an upgradation already presented Abarth 124. The removable feature has been added to the new version. Talking about the car, it is designed with precision, presenting couple styled features with an open top. According to the makers, the steps to remove the top are quite easy. There are certain design changes with the new 124 GT, while the performance remains similar to its sibling. 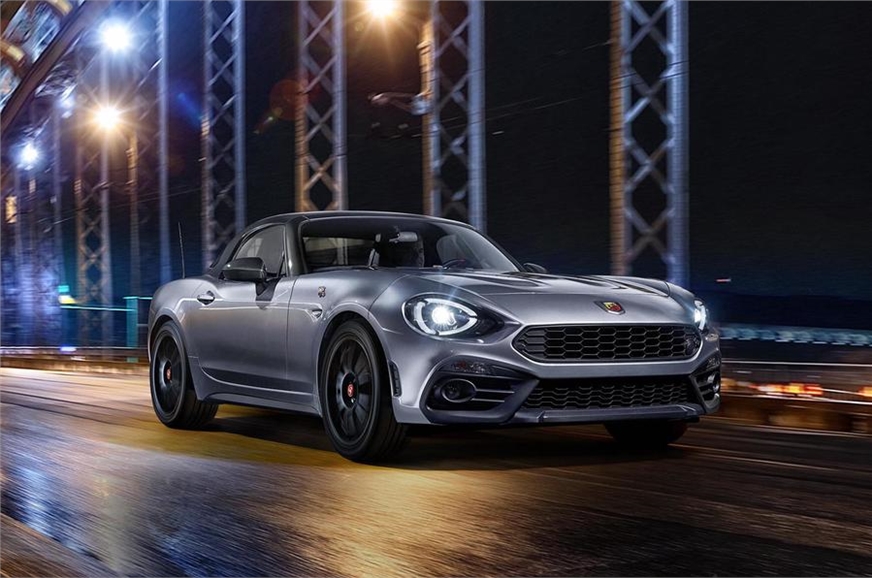 Moving on to the details, the removable car top just weighs around 16 kilograms. Also, the alloy wheels are ultra-light which reduces about 12 kilograms of overall weight. The car also features metal caps finished in gunmetal grey which is meant to match the front spoiler. The car also offers a matte black bonnet along with carbon-fibre rear spoiler. The design gives the car an edge over its competitor. A point that must be noted is that the removable car top has to be stored somewhere else compared to a foldable removable top. It cannot be stored in the car.

The new Abarth 124 GT with the removable hard top has soundproofing as well as stylish rear windows. The car also is also equipped with an efficient insulation. Talking about the engine, it is more or less the same as the performance remains the same. The car comprises of the 1.4-litre turbocharged engine which gives 170 hp. The engine is capable of giving 249 Nm of torque. The new Fiat Abarth 124 GT has the ability to reach 100 Km/h in 6.8 seconds of time. Talking about the top speed, the car can give the maximum speed of 230 Km/h.

As mentioned above, the Fiat Abarth 124 GT is an upgradation of already present Abarth 124. The removable hard-top feature is one of the talking points about the car. Experts suggest that the car has been targeted to attract a younger set of audience. According to the sources, the car would be launched in the United Kingdom by December 2018. The global launch of the car would have to wait for some time. The car is set to have six-speed automatic as well as manual transmission feature. It is likely to cost more than the standard version of Fiat Abarth.