Five Of The Most Fuel Efficient Cars Available In India 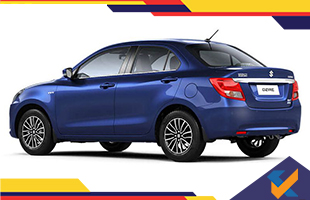 Five Of The Most Fuel Efficient Cars Available In India

Unlike in the western region, where cars are being used for a long period of time, there also people do purchase new cars in accordance with their practical values as well as their aspirational values. Side by side, for any sort of Indian buyers, fuel efficiency is the primary concern for him or her before purchasing any sort of car. This is done in order to make sure that the buyer gets the most out of the second most single expensive thing he or she is going to buy, who might even cherish for the rest of their lives. First being the house that they would live in and second being a car. Given this sort of background, we have short listed five most fuel efficient cars which are available in India at a very nominal range of money.

This car has a mileage of 28.4 kmpl and runs on both diesel & petrol. The two variants of this car available are 1.2 litre, 84 ps and 113 Nm while the other one being 1.3 litre diesel engine along with 75 ps and 190 Nm. Both engine variants have the option of manual or automatic gearbox systems. The price of the car starts from 5.45 lakhs INR.

This car has a mileage of 28.90 kmph and functions with an engine powered by diesel. This is a very unique car where energy is stored and re used as and when required, but that is to a very small extent. It has a 5 speed gearbox transmission system. Its pricing starts from 7.83 lakhs INR.

This car has a mileage of 27.3 kmpl and runs on a diesel as well as a petrol engine. This car is happens to be the highest selling car all over india. the car has a 5 speed gearbox transmission which is manual but for the petrol version of the car, an automatic gearbox system might be available at times. The pricing of the car starts from 5.36 lakhs INR.

This car has a mileage of 27.28 kmpl and runs on petrol. This car a very simple but all over a unique design which attracts buyers. The value for money for this car is very much appropriate. It has a 5 speed manual gearbox system and the pricing starts from 3.21 lakhs INR.