Get breezed with Vitara brezza for a brilliance thrill 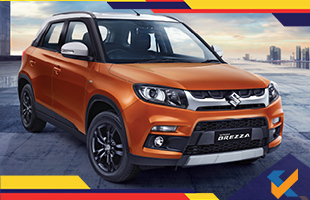 Get breezed with Vitara brezza for a brilliance thrill

Vitara brezza rules in the roost with the compact crossover segment in India since the Vitara brezza . its almost 2 years as we got a cumulative sales around 2.75 lakh units, the carmaker updated with the transmission as an option and with the ABS EBD standard. 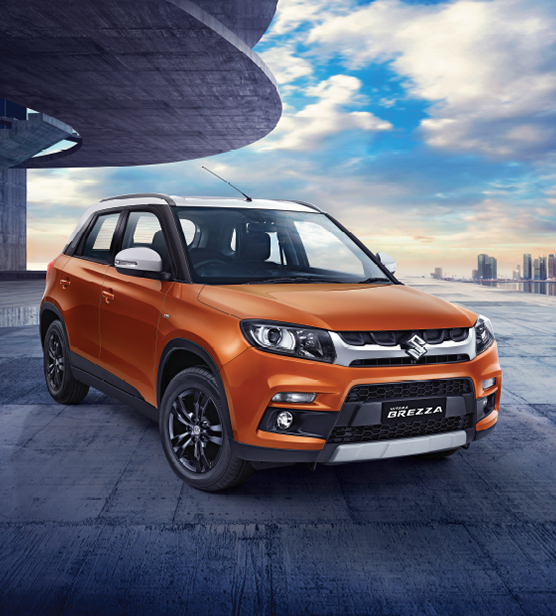 With interior and exterior updates

As the cosmetic updates, 2017 ICOTY winner include the various new gloss black finished alloy wheels and a new autumn orange body paint. Th new body paint which is used in the upgraded version has a pearl arctic white rook in nature. Inside of the cabin gets with all the black treatment and there appears with some of the new black accents as well. The chrome grille up front and chrome garnish on now considered as the standard with the rear doors across all the variants.

As it gets with the dual front airbags, ABS along with EBD standard is considered as the standard fitment. And also with the standard with the refreshed Vitara brezza are with other safety measures and the features get involved with ISOFIX, high-speed warning alert, packing sensor that cat Sina reverse way, front seatbelt pre-tensioners, and force limiters.

That ’s a very great news, as it comes with the optional AMT transmission. The two pedal set up for the crossover is offered with various variants like VDi, ZDi, and ZDi+. Hence it works mechanically, it has the same powered 1.3 liters, along with 4 cylinder diesel motor which generates up to 89bhp/200 Nm. With the next option of Brezza Amt that acts like a third diesel AMT that crossover with the segment after the TUV300 and Nexon.

The technology involved in the play

Ther is a lot more to come with a most featured pack that involves auto gear shift, cruise control, smart play infotainment system, auto headlamps, rain sensing wipers and push start. This model and make are considered as the king of the compact SUV segments and with the addition of this AMT will range to a number that gest boosted. even though the other cars offer more, brezza get sold more.

Auto gear shift with two pedal technology makes our life much easier in traveling either with the short distance or long distance. The breeze gets with the biggest changes in the form of AMT unit. It mainly eliminates the use of clutch while using with its actuator to shift gears for the driver like many other AMT cars in the market.

These bright colors add to anew vigour to the brezza. It made with the better contrasting roof.

The make of this car has given the alloy wheel to enhance its look. The glossy black finish to complement the new color. The chrome garnishes at the earlier on the grille up front and the tailgate has now been made with the standards across the trims. Th interior is also designed with black for its contrasting match.