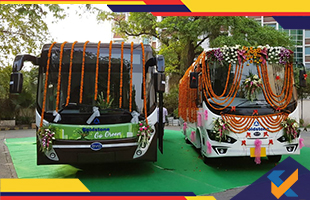 Goldstone Infratech in collaboration with BYD, a Chinese auto giant, has launched a new urban electric bus in India. Called the eBuzz K6, it is a 7 metre long, high floor bus with a range of over 200kms on a single charge. This electric bus will essentially be used as a ‘feeder bus’ for last mile connectivity. This implies that the bus will serve a great purpose in dense urban areas or urban routes that are heavily congested. Manufactured in India, this electric bus will also be exported to countries like Nepal. 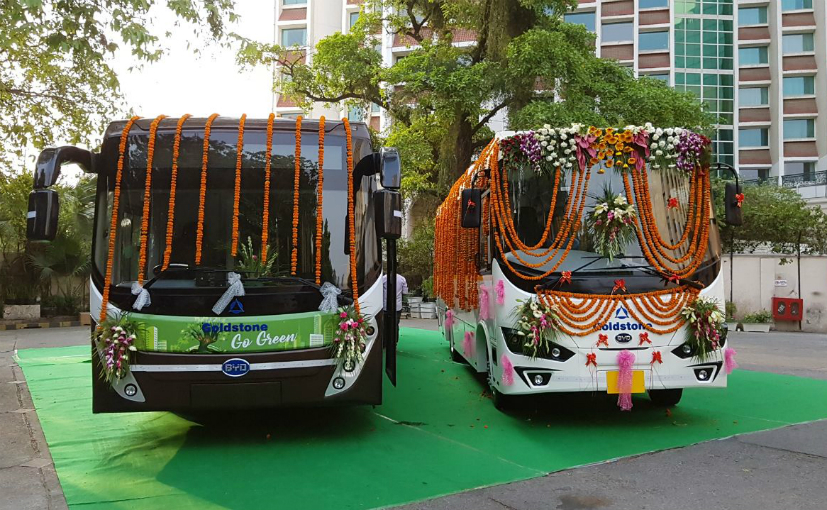 The range offered by the bus will be obtained from a set of Lithium Ion Phosphate batteries. BYD is also one of the prime manufacturers of Li-On Phosphate batteries globally. The batteries power and electric motor that develop 241 bhp of peak power and 1500Nm of peak torque. The bus can attain a top speed of 80kmph as per the norms for commercial vehicles in India. The bus is also equipped with regenerative braking and disc brakes all around that lend an improved stopping power. ABS is yet another standard feature on offer.

This electric bus can be charged in about 4 hours and uses an AC quick charger. You can also expect air suspension as standard on all four corners to ensure more comfort for passengers. Currently, the levels of localization in this particular electric bus is at about 30%, but by 2020, BYD targets to take it to 70% at least. BYD also aims to making the electric batteries for their own vehicles here in India, and is seeking local partners to make the likes of major components like the electric motor.

Keeping up with the electric mobility push by the Central Government of India, there has also been a dramatic rise in the demand for electric feeder buses across the country, as confirmed by Naga Satyam, Executive Director, Goldstone Infratech. The likes of the smaller Goldstone BYD eBuzz K6 will aid local public transport bodies like Mumbai’s BEST in a joint effort to provide a cleaner solution to public transport as compared to the diesel or CNG buses available currently.