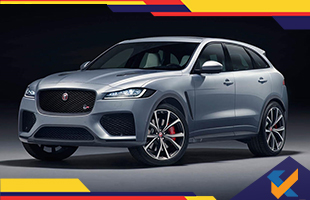 The second Jaguar SVR after the F-Type, the F-Pace SVR has been developed by JLR’s Special Vehicle Operations (SVO) division. Under the hood, it comes with a supercharged 5.0-litre V8 petrol engine, which develops 550hp and 680Nm. This high-performance SUV delivers a 0-100kph time equaling that of the original F-Type V8 S’s 4.3 sec, despite the new car’s 2070kgkerb weight. It is interesting to note that this car has been launched before any high-performance versions of Jaguar’s new saloons.

The top speed of the F-Pace SVR is rated at 283kph. Apparently, Jaguar used its Porsche MacanTurbo as a benchmark in the development of the car, besides performance estates from Audi Sport and Mercedes-AMG. The rivals that eclipse Jaguar’s performance claims for the 0-100kph sprint include the Mercedes-AMG GLC 63 Sand Alfa Romeo Stelvio Quadrifoglio. Although the V8 has been previously used across Jaguar and Land Rover models in various states of tune, including a more powerful 575hp form in the F-Type SVR and Range Rover Sport SVR, the SVO engineering team has put its best foot forward to give it bespoke characteristics to match up to the dynamic abilities of the SUV. 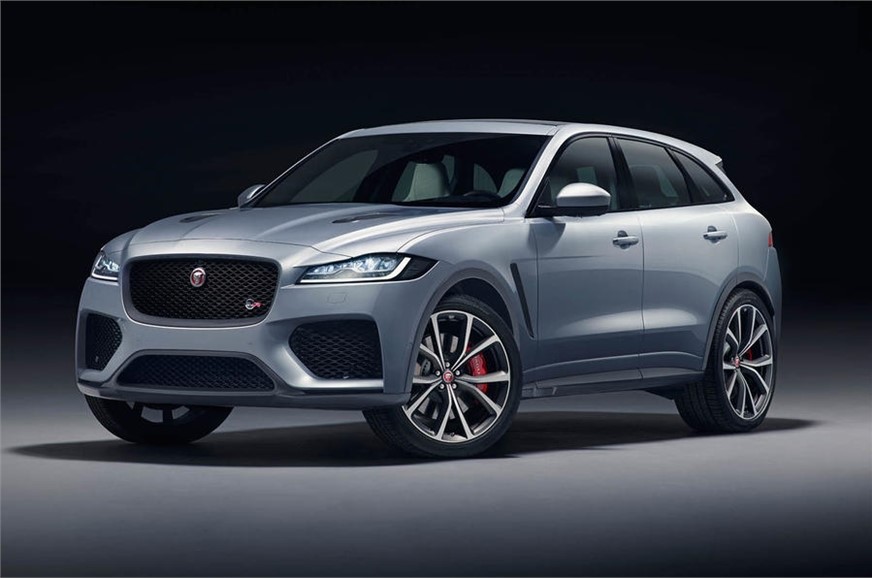 Jaguar’s rear Electronic Active Differential (EAD) is a significant component of the car’s dynamic performance. The SVR model is the first F-Pace to use this system, and it has been tuned specifically for the F-Pace SVR. Not only that, the adaptive suspension, electronic power-assisted set-up and the available driving modes have also been tuned exclusively for this car. Jaguar has confirmed that the 30% stiffer fitted springs, combined with a new anti-roll bar will contribute to a 5% reduction in body roll.

Both new wheel designs were created to ensure greater airflow to the larger 395mm front and 396mm rear brake discs. Again, the two-piece discs were constructed to a new design, so that they are lighter, thereby enhancing the handling of the car. Further, in an attempt to save weight, the F-Pace SVR features an exhaust that is 6.6kg lighter than that of the standard car. Besides, it also allows increased gas flow to lessen back pressure and extract more performance from the car.

Aerodynamic enhancements include larger air intakes at the front and side of the front bumper. These reduce the pressure in the wheel arches, reducing lift and providing extra cooling. Not only that, they also optimize high-speed stability. What’s more, the bonnet is not only re-sculpted but also features vents to extract hot air from the engine bay. The rear profile comes with a remodelled bumper that hosts quadruple tailpipes and incorporates side strakes that facilitate aerodynamic performance by smoothing airflow away from the rear of the vehicle. The F-Pace SVR also gets a distinctive rear spoiler to reduce lift and drag and make way for high-speed stability.

When it comes to the interior, the car can be distinguished from standard models by lightweight front seats, which provide enhanced lateral support and feature an embossed SVR logo. There is also an SVR-branded steering wheel that comes with aluminium paddle shifters fitted behind it. You can take your pick from four bespoke SVR interior colours, ranging from red to pale grey. Also, the rear seats are heavily sculpted to hold occupants in place. No changes have been made in terms of interior space and boot capacity. 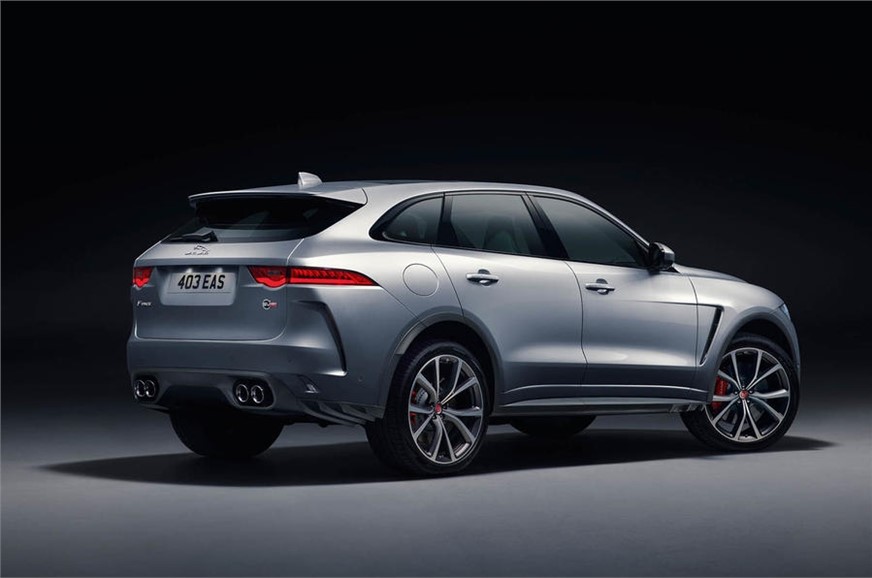 It is interesting to F-Pace SVR has been described by Jaguar s “the fastest and most powerful F-Pace yet”, suggesting that there are chances of quicker versions. The F-Pace SVR has the potential for the Indian market taking into account the fact that Jaguar already retails the F-Type SVR here at Rs. 2.57 crore (ex-showroom, India). The demand for large luxury performance SUVs has also been recorded. The standard F-Pace is available at Rs. 60.02 lakh (ex-showroom, India) in a single trim with the 180hp, 2.0-litre diesel engine.