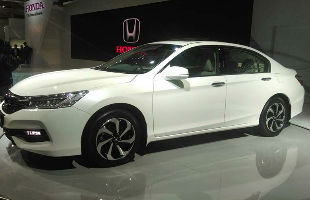 A brief overview - Honda Accord

The D-segment sedan, the new Honda Accord from the globally famous Japanese automaker, Honda is set to unveil in India and its debut launch happened at the Auto Expo 2016. The sedan has been a showstopper in the Auto Expo owing to its style and presence. 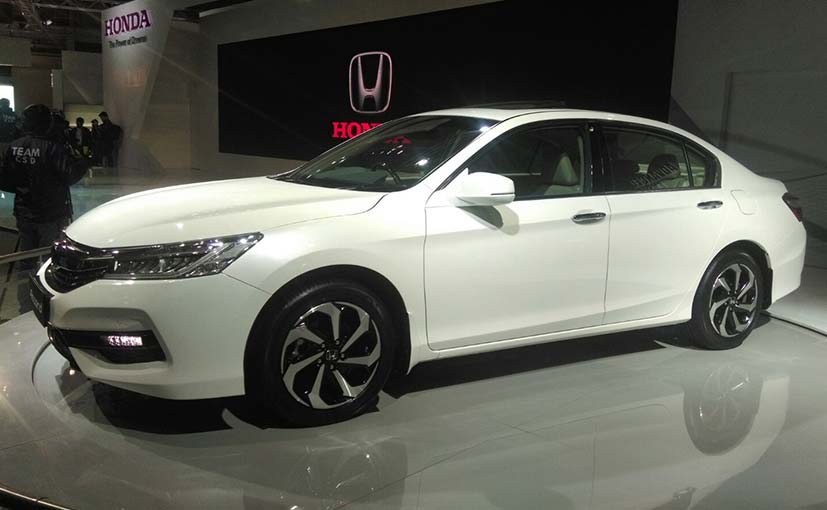 Ever since the Honda Accord was first introduced, 4 decades ago, in the year 1976, it has been a bestselling car for the Honda group in the sedan segment. The new Honda Accord is in its 9th generation iteration and is literally reentering the market after first debuting for a short while a couple years ago. The new version sedan has been packed with the latest in technological inputs, style and even luxury. It will hit the Indian road towards the end of 2016 and the initial buzz is that its features and upgrades are superior to its earlier version and there is a lot of customer curiosity and interest.

The Honda Accord Exteriors

After having successfully undergone nine iterative changes, the new Honda Accord in its ninth avatar, retains the long dimensions from the earlier models. Its magnificent exterior presence is coupled by its styling and aerodynamic structure. The grille is sportier, and neatly incorporated headlights and a new bumper too. Overall, the new Honda Accord features some of the best changes made till date to the vehicle. The faultless design and incomparable build and its wide stance are added attributes. A stunner and a masterpiece all rolled into one, this is definitely a car to watch out for!

The Honda Accord Interiors

Just as the magnificent exterior, the interiors of the new Honda Accord also reflect the same finesse and detailing. With a themed dual-tone color scheme and great ergonomically designed seating, this offers great comfort and makes travelling a pleasure. Functionally and even aesthetically, the sedan is well-equipped. With the latest in infotainment and being touch screen enabled, the range of features is definitely mind-boggling.

The Honda Accord Engine Specs and Transmissions

The Honda Accord comes in two engine options, which is petrol and diesel. And it is also expected to come with a hybrid engine version, which of course, is slowly gaining popularity in the country and automakers are introducing hybrid engines in their vehicles. The engines come set in a 6-speed automatic gearbox.

The Honda Accord Pricing and Competition

The pricing for the new-gen Honda Accord is somewhere in the range of INR 24- 16 lakhs. And it will compete head-on with its Japanese rival, Toyota Camry and the Skoda Superb. Also Mercedes and Audi will also bring out sedans on similar lines like the CLA-Class and the A3 sedan which could also become its competitors in the long run.

The Honda Accord will be showcased in the Auto Expo 2016.

The Auto Expo just concluded in New Delhi and it was held from February 5th - 9th 2016.

The Auto Expo, India is said to be Asia’s biggest and also internationally, the second biggest motor show. This is a biennial event organized in cooperation between the ACMA, Automotive Component Manufacturers Association, the CII, Confederation of Indian Industry and the SIAM, Society of Indian Automobile Manufacturers.