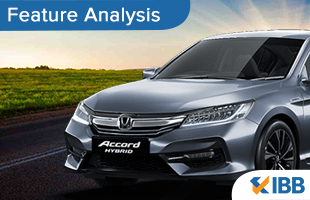 Honda Accord is staging a comeback in India. The car was discontinued in 2013, at a time when Honda was focusing volume segments with the Amaze and the Brio twins. The ninth-generation Accord is coming back to India sooner than you expected. The Accord will be competing for volumes with Toyota Camry, Hyundai Sonata, and the Volkswagen Passat in the premium luxury sedan segment in India. The car will be initially imported as CBU (Completely Built Unit) against confirmed orders only.

Must Read: Honda Accord launch

Accord once launched will be the flagship model for the Honda lineup in India. This capable ninth-generation Accord is definitely going to attract a lot of luxury car buyers in India, provided Honda prices it rightly this time.