Honda issues recall for 2013 Accord, City, and Jazz 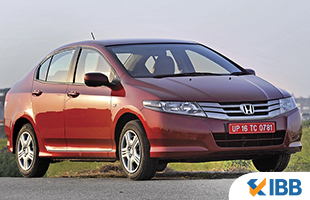 Honda issues recall for 2013 Accord, City, and Jazz

Honda Cars India Limited is rolling back the 2013 model year City, Accord, and Jazz models. The company has made a voluntary recall of the cars. There are 22,834 cars which would fall under this category. The company is doing so to replace the faulty Takata airbag inflators. Most of these examples are the Honda City and constitute 22,084 units among the total.

There are 510 units of Accord and 210 units the Honda Jazz. All these cars are being covered by the campaign. The company has found some problems with the airbags and the main motive is to prevent any possible mishap that might occur through these models.

The campaign is not limited to this. It is actually a part of a large and a global scale recall campaign which has affected about 100 million cars. As many as 13 manufacturers have been affected. This is because it was found that the airbag inflators would expand with a little too much force and this would spray metal shrapnel into the cars. As many as 12 deaths and 180 injuries have been caused by these incidents. Takata had agreed to about 1 billion or Rs. 6800 crore as penalties.

This is the reason why the manufacturers would be calling in the cars which have the faulty airbags and replacing them for the customers to prevent further accidents. The companies have already started notifying the buyers about the problems and the process is starting very soon.

Honda would be contacting the affected customers. The company would be directly contacting them and the replacement would be carried out free of cost. The customers can also check if their cars are being recalled. In order to do this, they would need to enter the 17-digit Vehicle Identification Number on the website of the company.