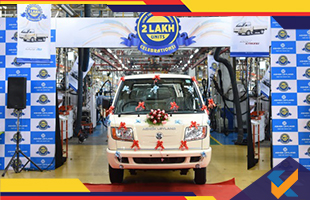 Since its launch in 2011 the Light Commercial Vehicle (LCV) by Ashok Leyland has been extremely popular. One can apprehend the extent of its popularity from the fact that the car manufacturer has finally rolled out the 2,00,000th Light Commercial Vehicle from its Hosur Plant. The production doubled since its last roll out of the 100000th LCV in 2015. The sales rate in the last financial year alone has gone up by 58 per cent. The President of Ashok Leyland, Nitin Seth, talked about the rising popularity of the car segment reflected from the rising sales figures which has reached the 5000 unit mark in a month and customer satisfaction in spite of their no discount policies and limited portfolio. 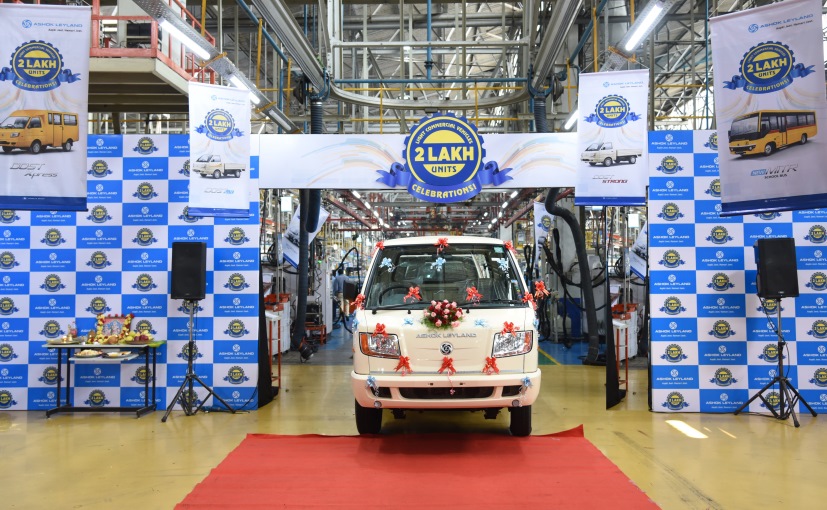 Ashok Leyland has hinted at ideas of expanding their manufacturing units with new facilities ready to be set up in Andhra Pradesh. This will eventually increase the production rate of the buses and higher sales figures. The plant may even have state-of-the-art learning centre, advanced service training centre, electric vehicle development centre which would comprise of a futuristic conveyor line, pilot assembly line and prototype development.