Hybrids To Remain Focus For Lexus Despite Government’s EV Push 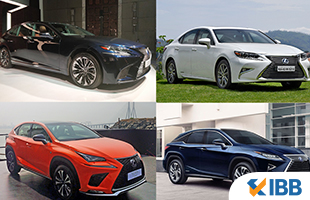 Hybrids To Remain Focus For Lexus Despite Government’s EV Push

Lexus is one of the luxury carmaker of Japan which is more popular among the people for providing different automobiles with excellent features. It is also going to launch some hybrid model in India in spite of a clear-cut push made by the government India for the vehicles which are fully electric. Also, Lexus knows that hybrids are not a stepping stone for full electrification but it is an ideal solution for the pollution which is taking place. That is why Lexus has planned to focus on the hybrid model vehicles.

The major issue they used to face in manufacturing the hybrid models is the lack of generation of renewable energy and it causes a major problem in adopting EV’s. The newly appointed chairman of India Lexus N Raja also said that even though the cost of EV’s is high, it is very difficult to generate clean energy and they also said ‘we still using coals and fossil fuels to generate electricity of fossil fuels and so the purpose of using that is getting lost”. So they are using EV’s to move on from the problem.

The ambition, as well as plan of the government, is to shift to a fully electric vehicle at least by the year 2030 but it has faced more flak from the different sections of the automaker industries which are maintaining that stepping into hybrids are a stepping stone which is necessary for full or battery electrics. Lexus also believes that India can be able to promote both hybrid and electric because one will be utilized better for the other one.

A spokesperson for the company also said that both are having better chance to become successful because it is closely related to the cost of the battery as well as the cost of the vehicle. The executive vice president of Lexus, Vince Socco has shown his concern towards the government providing a special importance to bring the desired output rather than giving importance to technology. He also added that are focusing on hybrids on their line-up to support the government plan to move to full electrification, but the government is fully focusing on battery vehicles which are good and asked the government to have a broad definition for electrification.

Though Lexus is moving ahead in increasing the number of hybrids which is its biggest challenge and it also needs the support of the government to make it more attractive. So Lexus is going to hike the price of the hybrids to a higher range in India. Before GST the tax rate was around 30 percent but after GST it has raised to 43 percent. To continue the push towards this hybrid technology, Mahindra has launched LS 500h recently and it was its sixth hybrid and it will be available at a range of Rs. 177 to Rs. 193 crore.

As government focuses on full electrification, Lexus is continuing its manufacture of hybrids as a stepping stone to achieve the ambition of Indian government. In order make India free from pollution, Lexus is also working with government by providing hybrids.