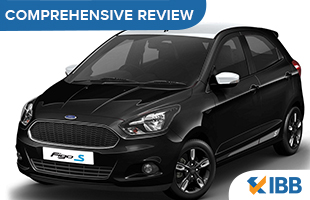 The second generation Figo launched in 2015 was a befitting replacement to the first gen Figo which was introduced by Ford in India in 2010. The first generation Figo had great dynamics but was put down by underpowered engines both in the petrol and diesel variant. The second generation Figo came strapped with a cracker of a diesel engine and a decently powered petrol. Also, Ford gave a CVT variant for the petrol. However, in the bargain, the Figo lost its trademark handling prowess and agility. Circa 2017, Ford gives you a Figo S sports edition. Let us take the Figo S for a spin and see whether it lives up to that “S” tag. 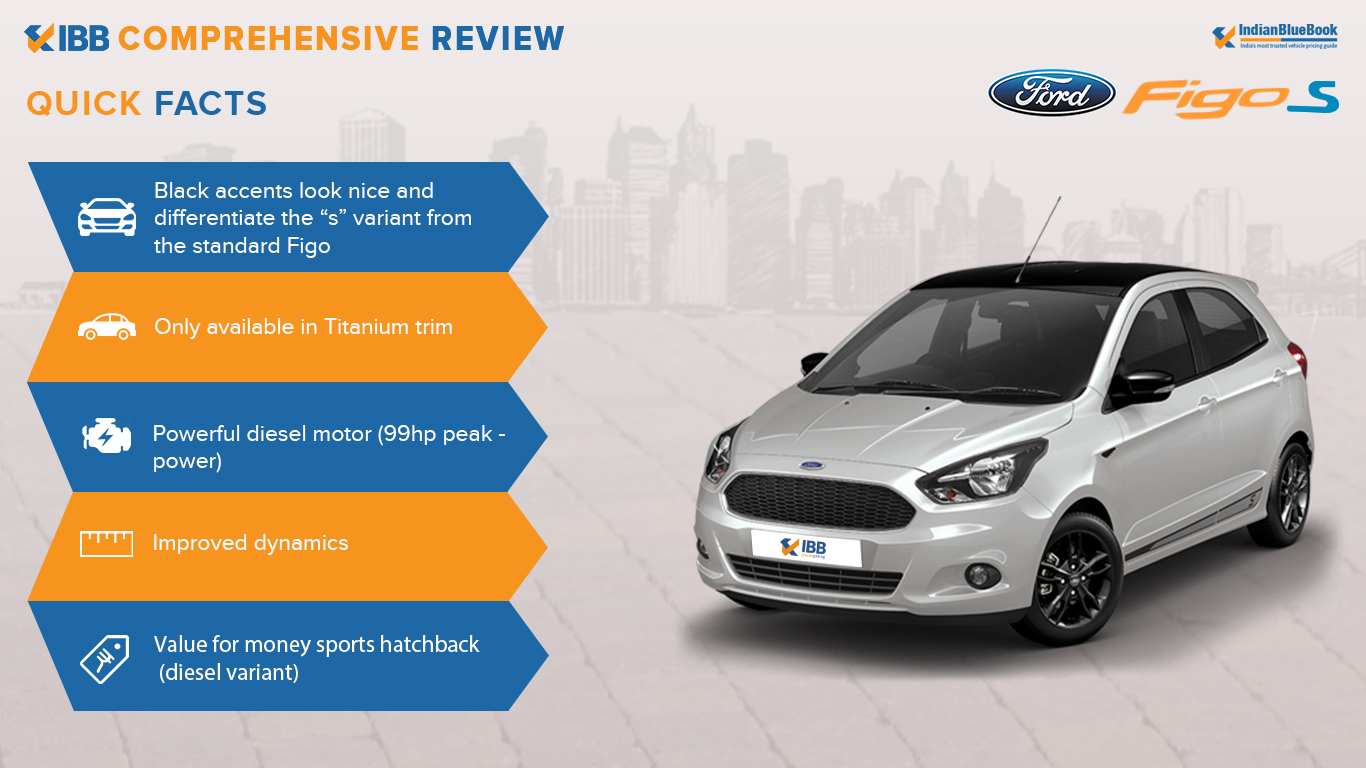 The basic design remains untouched. The changes at the front are a new black honeycomb grille with matt silver surround and smoked headlights. The car gets fatter 195/55 R15 tires (stock Figo runs on 175/65 R14 tires) with black alloys and Ford has reduced the ride height of the Figo to give a squat-tish appearance.

Also, there are decals on both sides which run across the sides and looks a little out of place on an otherwise classy execution. Also, the roof gets glossy black treatment (on the black variant the roof is finished in glossy white) to render a sporty character to the car. The ORVMs are also finished in glossy black with the indicators housed inside. The rear is very much like the stock Figo except for the spoiler and decals on the lower portion of the rear bumper.

The car is available in the following themes:

As mentioned earlier the car comes in two engine variants:

The 1.5 litre TDCi diesel motor is the exact same as that of the standard Figo. This engine generates 99hp peak power and 112Nm torque, making the car already a pocket rocket. The major changes are the works that have gone into the dynamics of the car to make this car more enjoyable. The diesel Figo has ample oomph in all rev ranges and gears. The car has pretty linear acceleration and you can feel the turbo kick if you really look for it. The car has meaty and useful power in the 1700rpm - 3500rpm. The diesel variant gets a 5-speed manual gearbox.

Compared to the sporty diesel the 1.2-litre T-VCT petrol engine feels grossly underpowered. The car is better suited for commuting and you need to stick to the diesel if you really want that sporty feel in the Figo. However, Ford has slightly tweaked the petrol motor to improve the low-end torque.

The car gets the suspension that is similar to the UK-spec Figo. The ride height is lowered by 10mm and the car gets wider 195mm rubber that runs on larger 15-inch wheels. The car has a fine balance of pliant ride at low speeds and a firm and sporty feel as the speed builds up. The lower ride height coupled with fatter tires improves the handling in high-speed highway run as well as while attacking corners. The car has less body roll and is a lot more composed on high-speed runs and corners compared to the standard Figo. Coupled with powerful diesel motor it’s a real fun hatchback to spend time behind the wheels. The steering set up remains the same and retains the same vagueness as that of the standard variant. 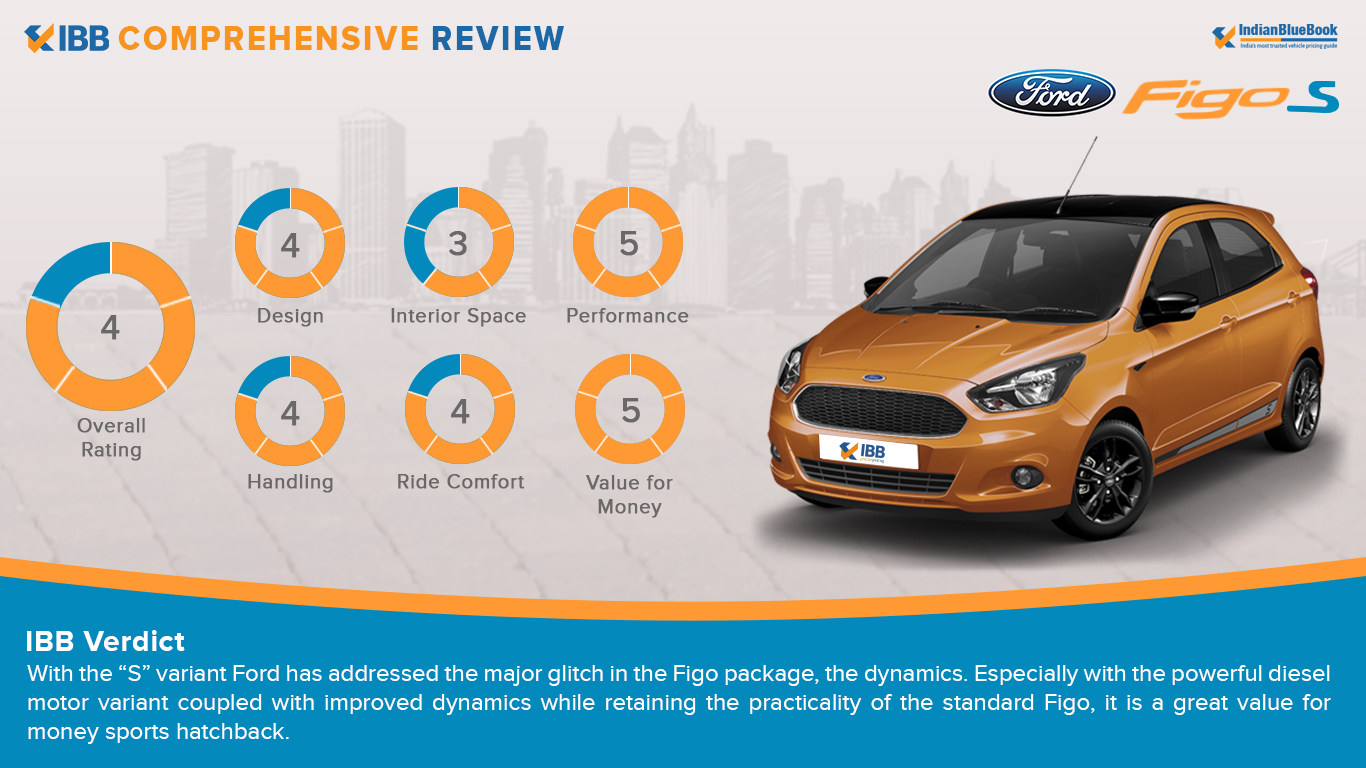