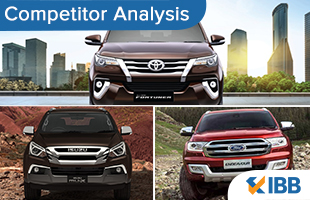 The premium SUV segment is one of the most prestigious segment in India. A car buyer in India wants the tough looks, off-road ability and the massive road presence (core traits of an SUV) as well as the luxury of a premium sedan while looking for a car in this class.

MU-X is a thoroughbred SUV with strong off-road credentials and lot of old world charm. Isuzu targets a genre of off-road junkies who want to use their cars for both serious mud plunging as well as a full-fledged highway cruiser. Isuzu has priced the car significantly lower than the competition. 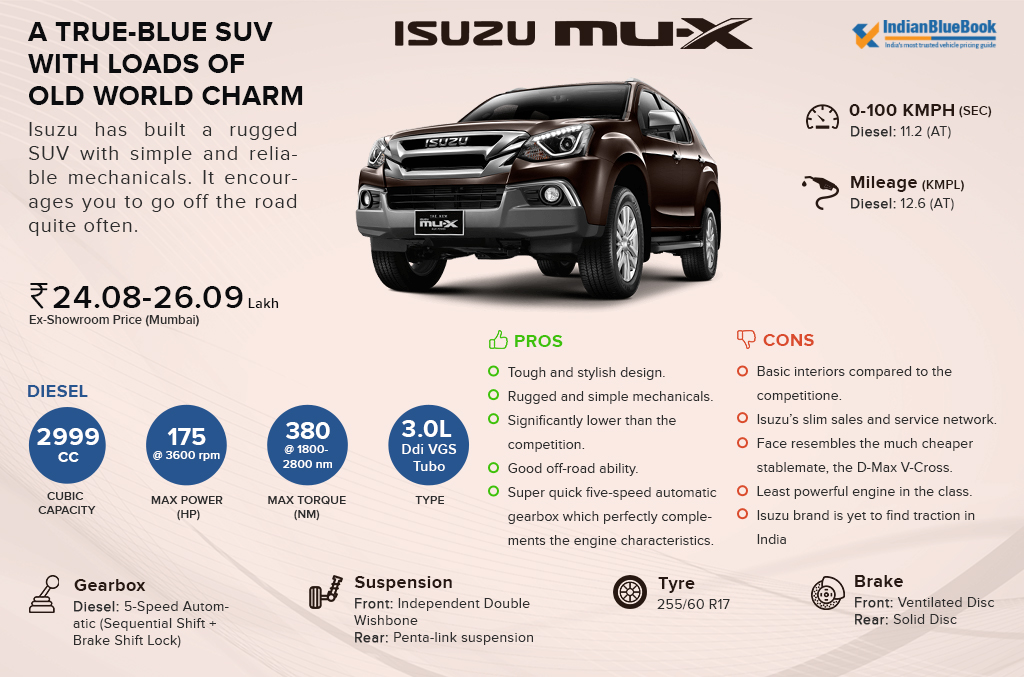 When it comes to premium SUV, Fortuner was the obvious choice in this segment for years. However, things changed once Ford brought their new Endeavour in the last calendar year. Toyota updated their Fortuner in the last quarter of calendar year 2016. The new Fortuner has big shoes to fill, left by its legendary and capable predecessor. Toyota has beefed up the mechanicals as well as infused much-needed style upgrade for the new Fortuner. 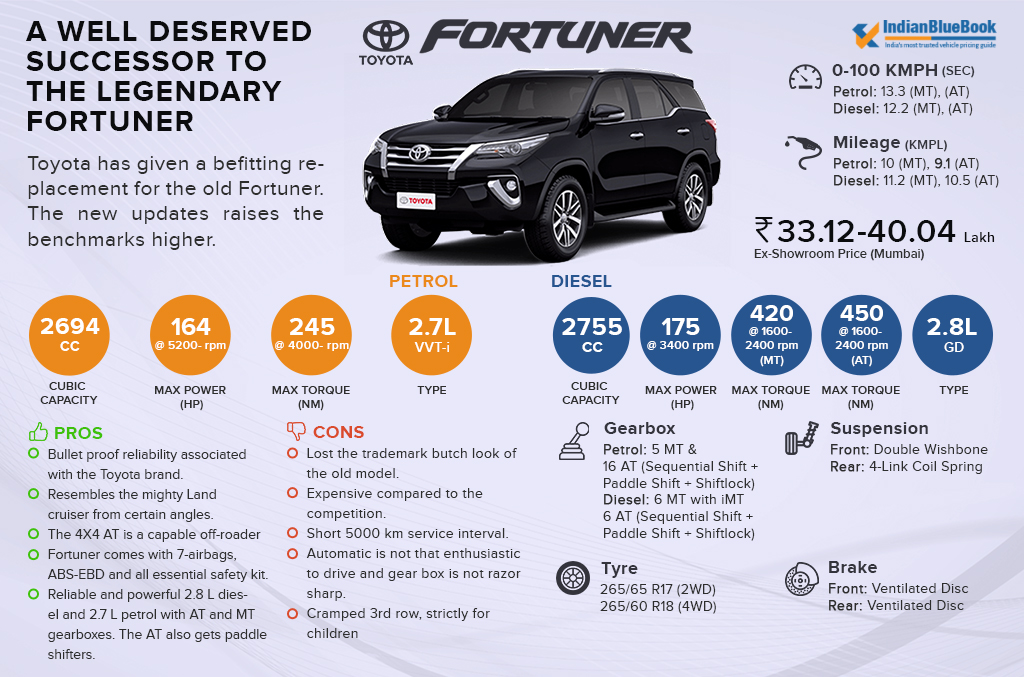 This bold and brawny SUV from the American manufacturer has already caught the much-needed attention in the premium SUV segment. The boldest looking car in the SUV segment which has an equally capable tough mechanicals to complement. 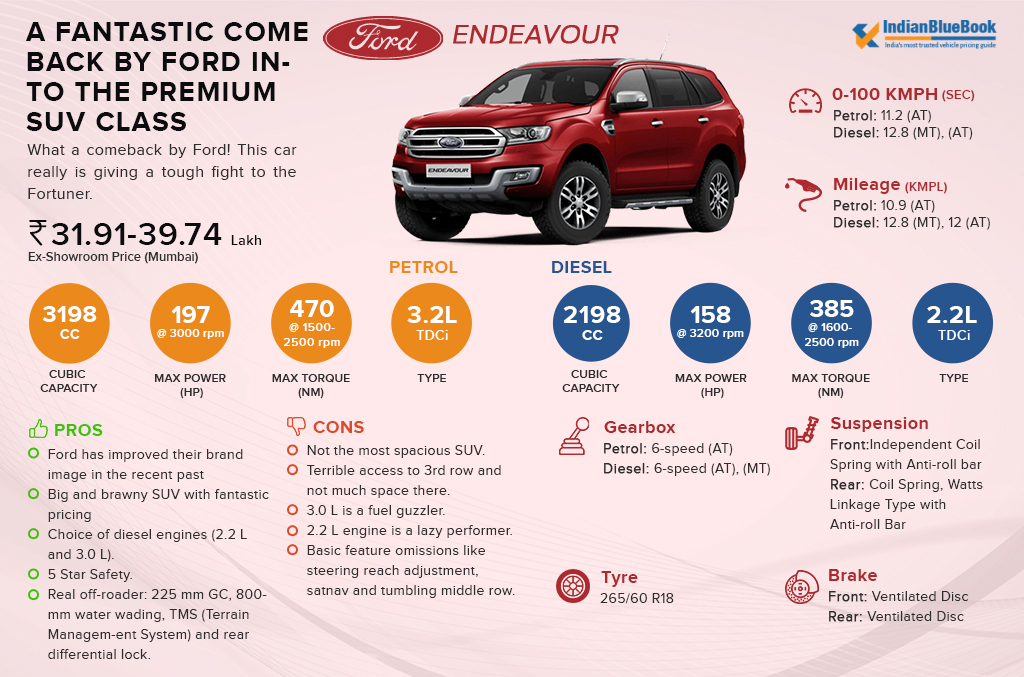 Isuzu has done a great job bringing in a true blue SUV that can truly stand up against the Ford and the Toyota despite being priced significantly low compared to both their cars. If you are more serious on mud plunging and looking for an SUV with simple and robust mechanicals with an attractive price tag (in the class), MU-X is the one for you.

Ford has priced the new Endeavour pretty well in the Indian car market and has also improved their service quality and strengthened its network in the recent past. Looking for a butch looking SUV with the American pedigree? You cannot go wrong with this BIG and brawny Ford.

IBB Choice: Toyota has bettered all the aspects over the previous Fortuner while retaining the core strengths associated with its old model.  Toyota’s legendary reliability, pedigree left by the outgoing Fortuner and unmatched resale value associated with the Japanese brand makes the Fortuner the winner of this comparison test by a tiny whisker over the Endeavour.