Jaguar to bring out the J Pace model by 2021 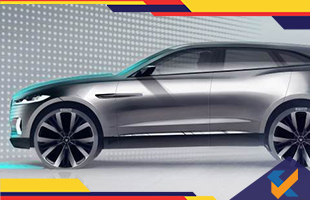 Jaguar to bring out the J Pace model by 2021

British car manufacturer Jaguar is all set to bring out the new J-Pace SUV by the year 2021. Rumours have it that the model is almost at the last stages of its production. The design of the car was conceptualised by the director of Jaguar, Ian Callum and is going to draw inspiration from the Range Rover for its running gears. The car comes in as an after effect after to the success of the F Pace and the E Pace in the market.

These cars took Jaguar to a highly profitable stage in terms of sales in SUV cars and in fact is expected to account for two-thirds of its total sales in the early 2020s. After these two models the company was aiming at bringing in an upper end model of the car to emphasize on their image of being a luxury brand and thus came in the idea of the J Pace. The J Pace is expected to be sleek with an all-aluminium body that is based on the same architecture as the Range Rover. It will be longer and will be more spacious in the rear. As for the powertrain and other gears inside the gear one can expect it to be similar to the Range Rover.