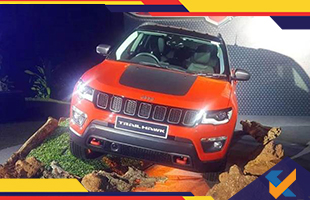 Recently at a dealer meet, the India-spec Jeep Compass Trailhawk was displayed. Expected to appear in showrooms in the upcoming months, the more rugged version of the Compass already rolls out of FCA’s Ranjangaon facility to cater to other right-hand drive markets, such as Japan and Australia. 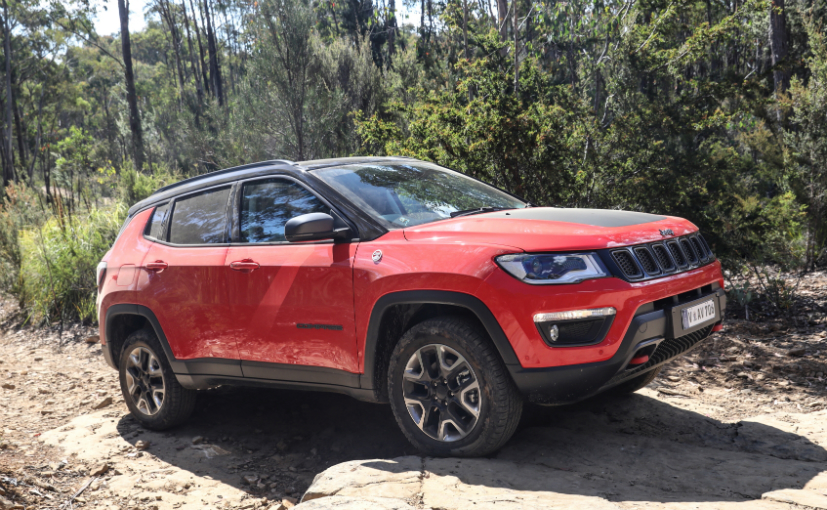 Also Read: Jeep Is Going To Launch Compass Trailhawk In India By The End Of This Year

Powered by the same 173hp 2.0litre diesel engine as the standard model, the Trailhawk is positioned as the new top-spec variant in the Compass range. It also gets a 163hp 1.4litre turbo-petrol motor. However, the six-speed manual has been replaced by a nine-speed automatic transmission that sends power to all four wheels. As per market expectations, the Compass Trailhawk will be a diesel-only model for Indian car-buyers.

As far as its aesthetic appeal is concerned, the model has a lot to show off! Be it the new 17-inch alloy wheels,  the dual-tone black and silver exterior finish, red recovery hooks, a black-painted anti-glare bonnet decal, underbody skid plates or all-weather floor mats in the cabin, there is a lot to expect from this car with go-anywhere capabilities.

Bookings have begun unofficially at the dealer level. Jeep dealers are quoting a rise of about Rs. 2.5lakh for the Compass Trailhawk over the standard top-spec model that retails for Rs.21.92 lakh (ex-showroom, Delhi).