Know more about redesigned models, Ford will launch in China in 2018

Know more about redesigned models, Ford will launch in China in 2018

In a recent update by Reuters, the American car manufacturer, Ford, will introduce five new redesigned car models in 2018 in the China market. These models include redesigned versions of Ford Focus, available in sedan and hatchback. Sedan and hatchback models of the Ford Focus ST-Line model which is a bit sporty too, and a redesigned Ford Escort car, are to be launched soon. 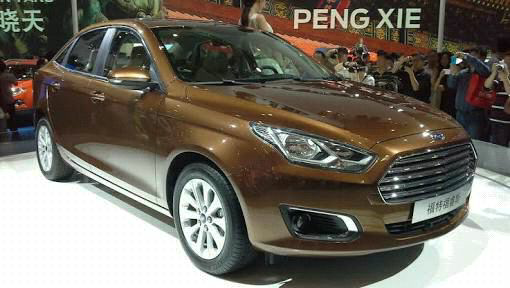 What led Ford to redesign cars in China?

Later in 2018, redesigned versions of Ford cars would be launched in sedan and hatchback models. Currently, Ford Motors is suffering a loss in the Chinese market. They are going through lots of struggles in order to revive their sales. In order to cope up with the loss and attract customers in the world's biggest auto market, Ford decided to redesign few cars and launch them. This initiative is based on a bigger plan.

The plan is that, Ford will launch over 50 new vehicles by 2025 which will include complete new cars as well as redesigned cars. According to a Ford spokesperson, all the sedan and hatchback redesigned models will be available in China later this year. For now, Ford has unveiled all the 5 models at an event in Chongqing. These models comprise Ford Focus, Ford Focus ST-Line, Escort. The first two cars will be available in sedan and hatchback versions, while the Escort model will get a redesigned look.

How this initiative will change the Chinese auto market?

According to Peter Fleet, group vice president and head of Ford's Asia-Pacific operations, the launch of these five new cars will act as a testament to Ford's commitment towards Chinese auto market to provide midsize cars.

Currently, Chinese consumers are clamoring for crossover SUVs and Multi-purpose vehicles which also include minivans. These cars include more than 50 percent of Chinese cars in the auto market which serve as passenger vehicles. With the release of Ford's redesigned models, by 2025, nearly a great percentage will shift to midsize cars for passenger purposes.

Market experts in China believe that Sedans are critical to do business in China. Any automaker who wishes to set up his business in China, should not focus only on sedans.
According to Yale Zhang, head of Shanghai based consultancy Automotive Foresight, currently compact sedans account for 35 percent of Chinese cars.

A good sedan with standard features is still quite in demand in the China auto market. But what a carmaker should be aware of, is that SUVs sell like hot pancakes in China. Growth rates have declined though in a recent number of years around 10 percent sale per year.

Ford's insight to hold the market

Ford recently suffered a sales slump and now they are working for a new product blitz to recover that slump. In the last financial year, Ford observed a drop of 6 percent in sales even though overall automobile sale in China went up by 3 percent. Again, during first two months of 2018 Ford sales were down by 23 percent.

By 2025 Ford plans to boost the revenue by 50 percent compared to previous year by introducing new models and redesigning old ones. There will be total 50 new models of which 15 include electric variants.