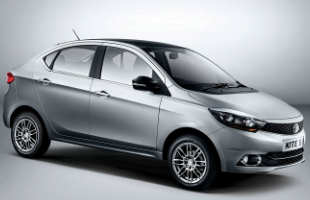 In an attempt to consolidate its position in the Indian auto market, this year, Tata Motors is on an overdrive of new vehicle launches. Already, the year has seen a couple releases that include the Tata Tiago, Tata Zest and still to unveil over the course of the year are the Tata Nexon, Tata Hexa, Tata Pelican, and the Tata Kite.

The Tata Kite was debuted in the Auto Expo 2016 and will be placed in the compact sedan segment just below the Tata Zest. This sub 4-meter sedan is only notionally named ‘Kite’, eventually before its launch its name could seen a change and rumors has it that it could be named, Tata Dribble, Tata Canvas or Tata Ingrid. 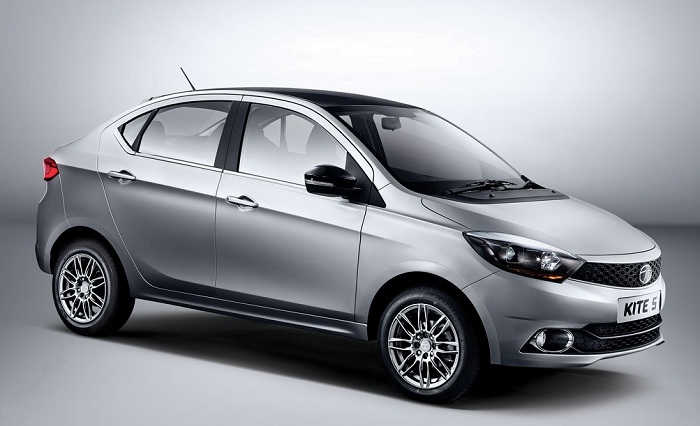 This compact sedan is stylishly designed and is seen as a replacement for another of Tata’s aging models, Tata Indica eV2, and the Tata Indigo eCS. The vehicle which will be available in both diesel and petrol trims is expected to be launched in India in the latter half of 2016 and its launch is much awaited in the now growing hatchback and compact sedan segment.

The fresh and appealing, design savvy, compact sedan, the Tata Kite definitely reflects the research and effort gone behind envisioning this Tata vehicle, the Kite. The homegrown automaker, has lined up a couple vehicle launches this year and therefore, production of various yet-to-be-launched models are in full swing. The body and chassis are shared with its sibling, the Zest sedan platform and the exterior fascia and design quotient are definitely different and noticeable too.

The interiors of the Tata Kite are definitely swish and chic. In fact, it is equipped with some of the latest features that are trending right now and also a good infotainment system makes it all the more irresistible. The seating, materials used are all above board and also the boot space is also good and spacious. More details will be revealed on its launch and it would be clearer.

The Tata Kite is equipped with the latest engines, which are accompanying all of Tata Motors newer vehicle models, the 4-cylinder, 1.2L Revotron petrol engine and the 3-cylinder 1.05L Revotorq diesel engine. A future AMT transmission is likely to be added and as of now it is paired to a 5-speed manual gearbox. Mileage for in city and highway driving is expected to be good and there are two drive modes offered, the fuel saving, Eco Mode and the City Mode.

The pricing for the Tata Kite Sedan is expected to be comfortably priced between INR 4-5 lakhs. Tata themselves have released other compact sedans and hatchbacks off late, including the Zest, the Bolt and the Tiago. It is going to be competing with its siblings as well as other competitors like the Honda Amaze, Maruti Suzuki Swift Dzire and the Hyundai Xcent.

Results Awaited- Available only on launch

The Tata Kite Sedan recently saw its first debut in the Auto Expo 2016. This well-known Auto Show is a biennial event held every two years in New Delhi, India. This year, it was held from February 5th to 9th 2016.

The Tata Kite Sedan is a sub 4-meter sedan that is affordably priced, packaged and designed well and aimed at first-time and entry level buyers. Even though it is a compact sedan, features are definitely classy and refined and there is no compromise whatsoever. The engines are the latest that accompanies most Tata models and is created to perform. Only upon its launch will its on-road performance and fate be determined. Till then, it is wait and watch. But surely a vehicle to look out for!