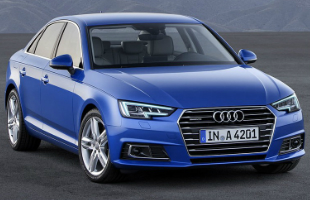 The Audi New A4 - An outline

The New Audi A4 first made its presence known in the Frankfurt Motor Show 2015. In India it made its debut in the Auto Expo 2016. It will be launched in India and world over sometime in 2016.

Audi has a great vehicle portfolio lineup with many of them being global bestsellers. The Audi A4 is a luxurious sedan that has been popular from the time it was first launched in India in 2008.

The car is set in the second-gen MLB Evo platform and its upgraded version is lighter and swankier than its predecessor. Its new design language resembles that of its siblings, the Audi TT, Audi R8, and the Audi Q7. The vehicle is longer than its earlier version and the vehicle features a lot of changes in looks, design, engine variants, and performance too. The vehicle is available in 5 variants, of which 4 come with a diesel engine trim and one is a petrol version. 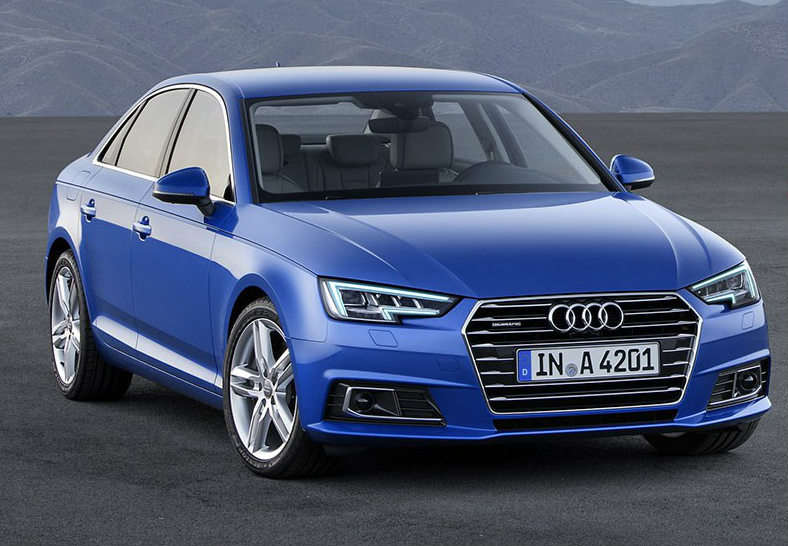 The German automaker, Audi has very strategically and thoughtfully announced the launch of the newer version of the Audi A4. With competitors launching upgraded versions and models of their popular vehicles, it was but natural for Audi to follow suit.

The Audi New A4 Exteriors

The New Audi A4 looks more ritzy and sleeker than its predecessor, In fact, the structure is made of the latest, lightweight materials, and hence the car is lighter and easier to drive around. The latest version gets newly redesigned and styled headlamps, a single frame grille, a chrome strip that is set within its waistline, compact LED tail lamps, a new set of alloy wheels and a sloping roofline. The exteriors have a very assertive presence and key elements that are attractive and striking. Overall, the changes have made it seem aggressive and it has a more pronounced presence.

The Audi New A4 Interiors

In the New Audi A4, the interiors are completely redesigned and the central console and the dashboard wear a contemporary, new look. Also there is a host of detailing and trims made available and even the seating and the steering wheel design has been changed. The all-black look gives it an added elegance. The leather upholstery combined with adjustable front seating also offers good back and lumbar support. With a host of the latest in features and infotainment, riding in this will be an absolute delight.

The Audi New A4 Engine Specs

The New Audi A4 comes is offered in five different variants. Four of these models are equipped with a 4-cylinder, 16 valves 2.0L diesel engine and is nicely aligned with a nine-speed automatic transmission gearbox. The petrol engine comes in a 1.8L trim. The engines offer good mileage and are fuel-efficient too. For its international release, Audi will offer the TFSI petrol and the TDI diesel engines. The top speed of the petrol engine is around 225kmph and that of the diesel engine is about 222kmph. In fact, the petrol version can reach 100kmph from zero in about 8.3 seconds and the diesel version can reach a 100 in 7.9 seconds.

The Audi New A4 Pricing and Nearest Competition

The probable pricing of the new, upgraded Audi A4 to be released in 2016 is expected to be in the upmarket range of INR 32 lakhs to INR 41 lakhs. Its nearest competitors include luxury competitors like the BMW 3 Series, Volvo S60, the Jaguar XE, and the Mercedes-Benz C-Class.

The New Audi A4 was featured in the recently concluded Auto Expo 2016. This Auto Show is held in India and it comes once in two years, and the next one will be the Auto Expo 2018.

The New Audi A4 is definitely a notch above its predecessor. In looks, weight, design, performance and engine and features lineup it is only a step above. And since the A4 is already popular in the Indian market and is comfortably placed in the auto market, upon the launch of the New Audi A4, it is but a given that it will also have a steady fan following.