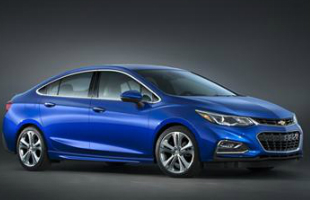 The Chevrolet New Cruze - A summation 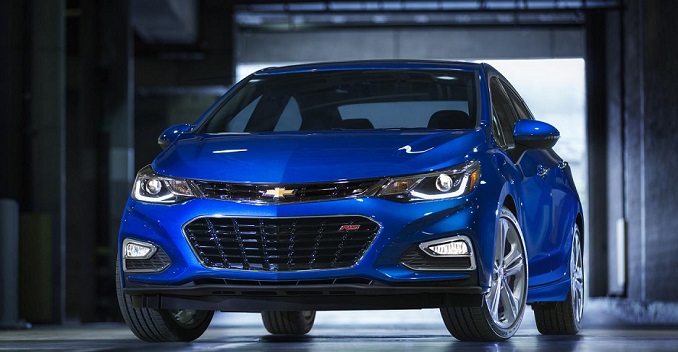 The new, updated, Chevrolet New Cruze was released in March 2016 in India. It already made a debut presence in the Auto Expo 2016. The updated version sports a decent exterior and it is more urbane and has literally grown up as compared to its predecessor. More than anything, though it has grown in length, it is a lighter owing to newer composite materials and this would definitely help improve its mileage too. With the latest features in place and good cabin spacing and both petrol and diesel trims to choose from and notwithstanding it is offered in both manual and automatic transmissions, the vehicle will definitely garner interest and will have enthusiasts’ inching towards it after its on-road launch which is expected to be sometime this year.

When compared to its predecessor, the design theme is a whole lot different in the New Chevrolet Cruze. In fact, some design details are taken from its popular siblings, the Malibu and the Impala and also the frontend and the read end design and style resemble the sporty sedan, the Chevrolet SS. It has a neat aerodynamic design and it has a slender build and lower profile so as to make it appeal to the youth segment. The body colored outer mirrors and the neat headlamps seem to go well with its overall design presence.

The cabin is spacious and as compared to competitors in its range, it seems to be a notch higher. Also the boot space too is adequate. The interiors too have seen a makeover and go with the latest design theme and are equipped with the latest features, gadgets, and infotainment systems. Leg space is good but the headroom has some niggling issues. The dual cockpit design and the color scheme are also noteworthy. The console has a very inviting aura and the tone of the instrument cluster is also very classy.

The New Chevrolet Cruze gets both petrol and diesel engine trims. The diesel version comes both in manual and automatic transmissions whereas the petrol comes only in a manual transmission. The petrol is a 1.4L turbocharged 4-cylinder engine and the diesel is a 20L engine. The engines offer decent mileage and its top speed is around 220kmph. The Cruze can accelerate from 0 to 100kmph in just 9.5 seconds and from 0 to 60 in 8 seconds. In terms of safety features, the new Cruze gets dual front airbags, two side airbags, ABS, passive entry passive start (PEPS), anti-theft alarm, ignition, and central locking system.

The pricing for the New Chevrolet Cruze is expected to be between INR 14 lakhs to 17.81 lakhs. Yes. The pricing is higher when compared to most competitor sedans in its segment. But owing to its looks, performance and features, it definitely has a steady fan following. Its immediate competitors include the Hyundai Elantra, the Skoda Octavia, Volkswagen Jetta and the Toyota Corolla Altis.

The Jury is out- Verdict Awaited

The updated, Chevrolet New Cruze was featured in the Auto Expo 2016. The Auto Expo recently concluded in the month of February 2016 and it was held in New Delhi.

The Chevrolet New Cruze was released in March 2016. Its acceptance, performance and feedback will be evident in the days and months to come, though its pricing is on the higher side but its performance, features, options and models available and to top it all, it comes from an established automaker, General Motors. It was launched in March and bookings are now open. In a couple months’, sales figures and other details will determine its standing in the auto market.