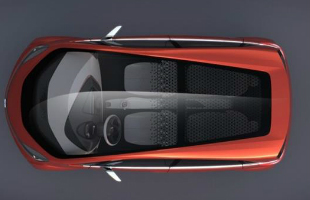 Among a slew of vehicles that Tata Motors have planned to launch this year, in 2016 is the entry-level vehicle, the Tata Pelican. Off late, auto makers have taken note of this segment, the entry-level segment and have realized that it is a numbers driven, sought after segment. And like most automakers, Tata Motors too decided to try their luck in the space with the launch of the Pelican.

It has all the ingredients of being a top seller. It is neatly designed, fuel efficient, loaded with the best features and is competitively priced, similar to established competitors in its segment. It shares the same platform as the Nano and there is a buzz that if this fares well, it could be a replacement for the Nano in the market. The vehicle is manufactured in the same plant as the Nano in Sanand, Gujarat and at present, it would only be released in a petrol trim.

The vehicle debuted in the Auto Expo 2016 and will be released towards the end of the year 2016. Owing to its qualities, features and design, it is definitely much awaited.

A lot of details on both the interiors and exterior are not actually known at this point about the Tata Pelican. Though of course, the chassis is expected to be the same as the Tata Nano platform, this will definitely be a lightweight car and in terms of appearance, it is very tall-boy like design. It will be compact and sleek and definite changes will be made so that it doesn’t mirror the Tata Nano in any way. Also the design of this vehicle was actually jointly developed in the R&D units of Tata Motors based in India, Italy, and the UK.

The Tata Pelican is definitely going to feature interiors that are classy and stands out among its siblings and peer competitors too. It will definitely feature all standard equipment, seating, upholstery and features and spacing that would go with its entry level vehicle image. It is definitely bigger than the Nano and accordingly more comfortable too.

The Tata Pelican is expected to be mounted with an 800cc, 3-cylinder, and 1.0L petrol engine. More details on the power and torque are unavailable at the moment, but it will be made available around or after it is launched. The steering is definitely going to be power-assisted so as to make it more attractive and also easier to maneuver.

The Tata Pelican is an entry-level vehicle that is a grade above its other entry-level car, the Tata Nano. Expectedly, owing to the segment, it is affordably priced and it could range anywhere between INR 2.5 lakhs to 3.8 lakhs. It is seen as a strong contender to market dominating entry- level vehicles like the Maruti Suzuki Alto, the Renault Kwid and the Hyundai Eon. It will also be up against the new Datsun Redi-GO that was just launched.

The Tata Pelican recently saw its first debut in the Auto Expo 2016. This is the second-biggest Auto Show that happens globally. This is a biennial event held in New Delhi, India.

The Tata Pelican is basically an upgraded version of its entry-level car, the Tata Nano. If the Pelican performs well, then, eventually, the Nano may gradually be phased out. At present, these are only assumptions and there are no concrete backings for the same. The Pelican has been thoughtfully designed and equipped to have a go at competitors in its segment and thus establish itself in this segment.