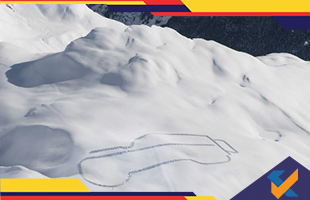 Land Rover is an iconic brand specialized in four wheelers for all terrain adventures. Owned by the multinational car manufacturer Jaguar and later owned by India’s Tata motors in 2008, it is regarded as a British icon.

The original Land Rover was first showcased in 1948 at the Amsterdam motor show. Now, exactly 70 years later on April 2018, they are on a hype to celebrate their 70th anniversary and in order to make it memorable, they are on the track of doing things out of the box. 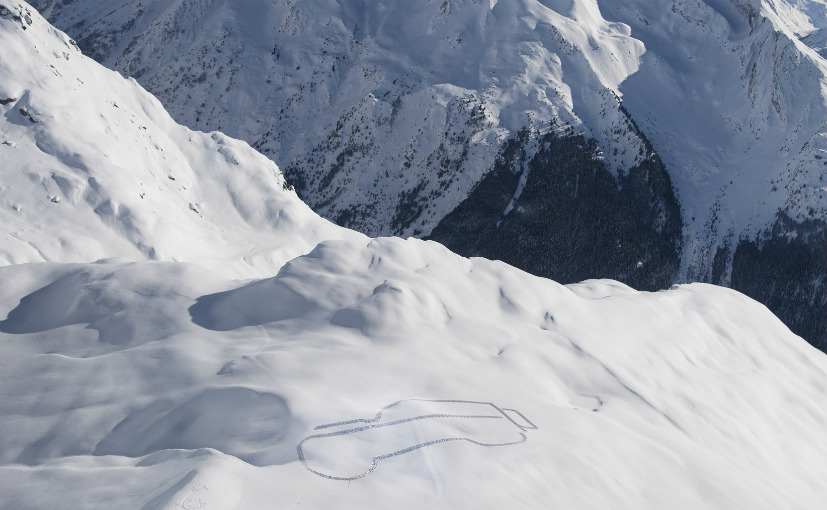 On reaching the landmark of 70th years, the iconic Land Rover Defender celebrates with one of a kind drawing on the snow. Simon Beck, a renowned snow artist was asked to create an outline of the Land Rover Defender SUV on the snow in the French Alps. The snow artist took it to another level by creating the outline which measured about 250 meter on the side of the mountain of the French Alps.

How it was executed

The outline of the Land Rover Defender was first created by the engineering director of the Land Rover, Mr. Maurice Wilks who sketched it on the sands of Red Wharf Bay in UK. It was then materialized to create the most iconic vehicles in the world. Now, on the occasion of its 70th anniversary, they decided to create it on the French Alps, high up in the mountains on the snow.

The snow artist, Simon Beck who specializes in creating geometric outlines on the snow, walked out 20,894 steps that is approximately 16.6 kilometers at an altitude of 2,700 meters in the sub zero temperature to create the massive drawing. He involves accuracy, endurance and strength to create the massive snow art.

Land Rover announced the World Land Rover Day which is on the 30th of April 2018 by creating the huge outline of the Land Rover Defender which eventually kick started the celebrations of their 70th anniversary.

The celebration will be broadcasted online on the World Land Rover Day which will not only pay tribute to the original Land Rover but also the people who have helped in creating it. It will showcase Land Rover’s pioneering technologies from its discovery in 1989 to the introduction of the Range Rover in 1970 including the Series Land Rover and the Defender origins.

Inviting the fans from all around the world to join the World Land Rover Day online broadcasting celebrations, Jaguar Land Rover CEO, Prof Dr Ralph Speth said that the celebration of the 70th year represents Land Rover’s “Above and Beyond” spirit and is to honor the people behind the making of the world’s favorite SUV.

The spectacular Land Rover Defender outline imprinted on the side of the mountain in the French Alps is so simple and is easily recognized across the world as the most iconic vehicle. It is a forward thinking design which showcases both strength and endurance that defines the four wheeler marking the 70th year celebration of the world’s most famous 4x4 manufacturer.