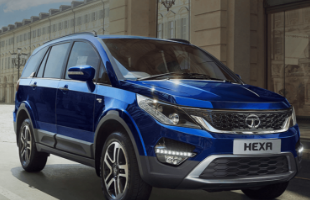 Tata is all set to foray into the premium car segment with their SUV, Hexa in November 2016. Once launched, Tata Hexa will be the flagship car for the Indian car maker. The car was first unveiled at the 2015 Geneva motor show and an almost production ready sample made its presence in the 2016 Delhi Auto Expo held earlier this year.

The car gets a front nose which is a fine fusion of aggression and grace - dual colored bumper and a large signature honeycomb grill, with the familiar large Tata logo finished in chrome dominates the front. The grill is encapsulated at the bottom and the sides have a bull horn chrome garnish. The headlights houses projector lamps; large air damn, DRLS and fog lamps completes the bottom part. 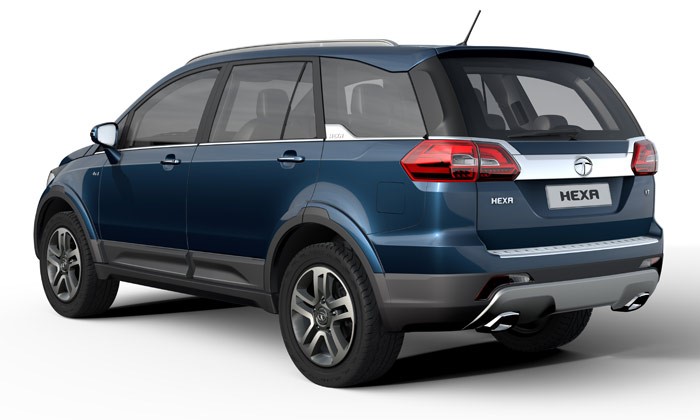 The car gets large 19-inch wheels, however, they look a size or two smaller considering the large wheel wells. The side unmistakably reminds us of the Tata Aria and has a more of an MPV format than an SUV. Tata should have pumped in some muscle to make it more an SUV. The rear gets attractive wraparound tail lamps, chrome step plates and a broad chrome line that run across the tailgate connecting the rear lamps.

Interiors feel rich and premium, the material used are of premium quality with a lot of leather and soft plastics. Tata carries forwards the same infotainment touch screen setup used in the Tiago and the Xeta, to the Hexa which is a downer. Also, Tata should have at least given a bigger screen on the Hexa. The car gets a bench type or captain seat setup at the middle row; Hexa offers a lot of legroom and shoulder room for the first and middle row. The seats are well cushioned and pretty large and the third row is reasonably comfortable for children and small people for short journeys.

The car has an orthodox ladder on frame construction and gets 200 mm ground clearance and gets disc brakes on all the wheels. At the front, the Hexa gets a double wishbone with coil spring suspension and at the rear, it gets a coil spring type five-link rigid axle suspension. The cars get a supple ride and is reasonably planted on the corners as well as on straights, unlike the scary feel you get when a Tata Safari is taken on a fast corner.

Powering the Tata Hexa is a 2.2-Litre Varicor 400 turbocharged diesel mill. The engine generates 156 bhp@4000 rpm and 400 Nm torque at a very accessible and low 1700-2700 rev band. The car can be had with either a 6-Speed manual transmission or 6-Speed auto box. Details of the driving experience will be shared in detail once we take the car for the IBB test drive. There are four driving modes: Comfort, dynamic, auto and rough road.

The car has already started hitting the Tata showroom backyards and the bookings will start on 1st November 2016. 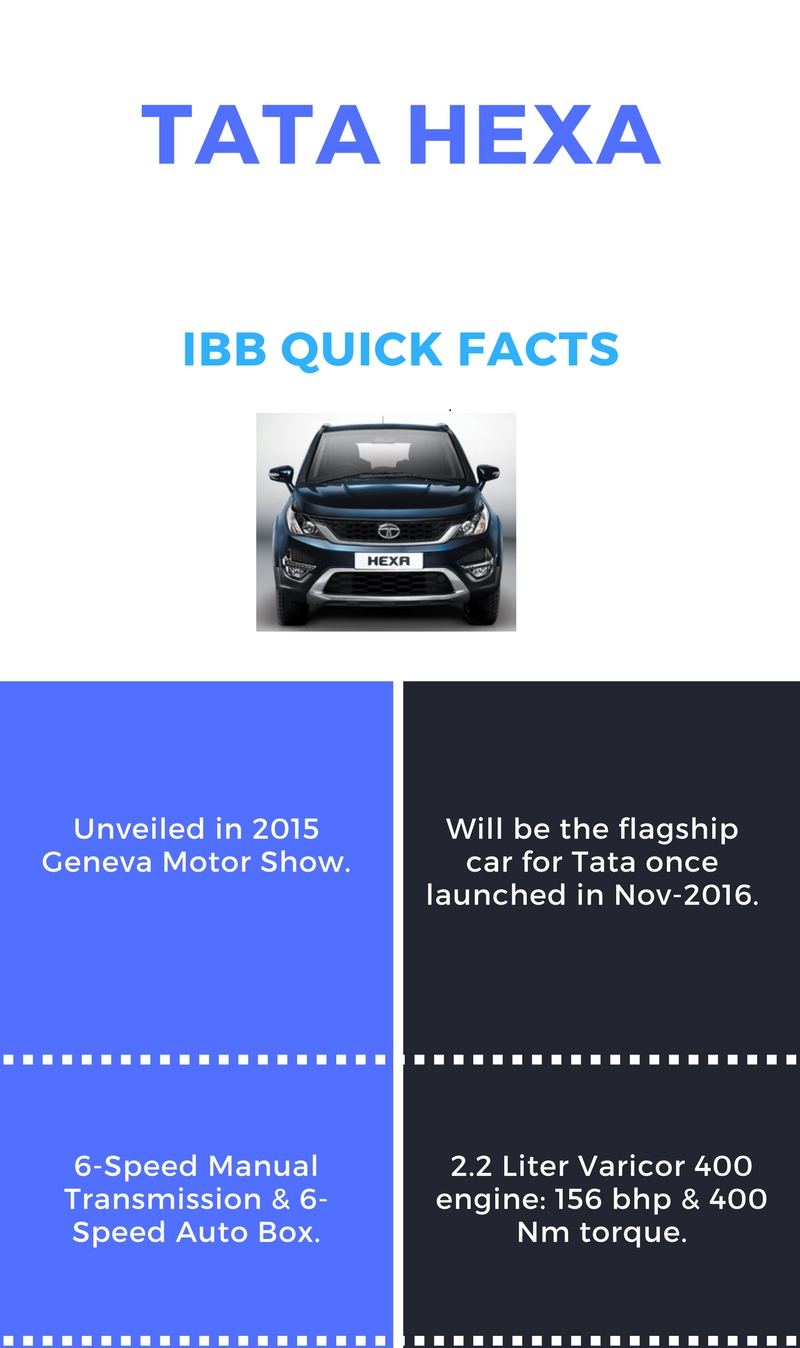 Hats off to Tata, for a fantastic and genuine effort for bringing up the Hexa. It’s a bold move and the car definitely lived up to the expectation. The car is loaded with features, has lots of space, refined and more importantly has a premium feel. Common sense prevails, Tata will be pricing the Hexa pretty aggressively making this one an irresistible package.