Lean in towards the All New Fiat Linea 125S 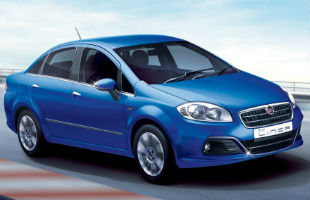 Lean in towards the All New Fiat Linea 125S

Earlier this year, the Linea 125S was showcased at the Auto Expo 2016 and now it has finally been launched. In order to attract some attention, this car was made out to be a powerful sedan in its segment and priced thus. The new Linea petrol will be priced INR 10.46 lakhs as opposed to the former Linea mode which was priced INR 7.82 lakhs. Not only that, this will be made available only in the high-end fully loaded Emotion variant.

In Fiat’s portfolio, this car parks itself above the current set of Lineas and it comes with Multijet and T-jet engines. Along with this model, at the Auto Expo 2016, other Fiat vehicles like the Punto Pure trims – which are identical to the Punto but a more affordable version was also displayed.

Visually, the current model seems to look no different from the other models. Although the Linea is a good-looking car, certain apparent changes would have added a neat element to the car. Nonetheless, this car comes with the 125 S stamp on the boot which is its standout feature.

The Linea 125 S is powered by a 1.4-litre turbo petrol engine derived from the T-jet version and is tuned in a manner such that it produces a power of 125PS and a torque of 210Nm. This engine is 11bhp more powerful than its predecessor engine. This current engine is linked to a 5-speed manual gearbox.

All over the Cabin

Similar to the standard Linea model, this model too get five different colour options. There is only one trim offered now and some of the features which are present in the cabin constitute of: 5” touchscreen navigation system, rear sun blind, ambient lighting, rain sensing wipers, power windows for all four windows, automatic headlamps, ABS, cruise control, dual airbags, EBD and disc brakes.

Other popular models from Fiat too were updated and these models include the Punto Evo and the Avventura Diesel. The standard engine option for both these models will be the 1.3-litre Multijet engine which produces a power of 93PS. Fiat will endeavour to sell the Linea, Punto and Avventura in three trims – Active, Dynamic and Emotion.

Think your car deserves a better price than that offer? Sell your car in 72 Hours

The President and Managing Director of FCA, Mr. Kevin Flynn said, “FIAT cars are known for their performance, and by adding more horsepower to our model range we are only living up to our brand promise ‘Crafted for Car Lovers’. Besides that we do make great-looking cars.”

Read add about the vehicles you love on Indian Blue Book, a one-stop auto website where you get all the information you need!