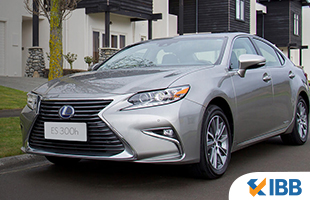 The Lexus ES Hybrid is currently sold for Rs. 59.46 lakhs (ex-showroom, Delhi) in the Indian market but this could come down in the future if the company manages to locally assemble the mid-sized sedan in India. According to the latest reports, Lexus India is considering local assembly for the ES300h in order to lower prices, something that is imperative if the brand wishes to compete better against more established luxury car brands in the market.

These brands have a competitive edge since they mostly assemble their vehicles locally, thereby avoiding steep taxes on imports. The Lexus ES300h is currently imported as a CBU from Japan. Lexus is aiming at lowering prices in order to give stiff competition to rivals like Mercedes-Benz which presently dominate the Indian luxury car market.

The ES is currently produced at the Kyushu plant in Japan and at the Lexington, Kentucky plant in the United States. Lexus may be taking a cue from the fact that the ES300h is priced at $41, 820 in the US which translates into Rs. 27, 08, 877.95 approximately.

Lexus India has not released sales figures for the calendar year as of yet although the company had an initial target of 300 units in sales from the Indian market.