Made in India Classics Cars 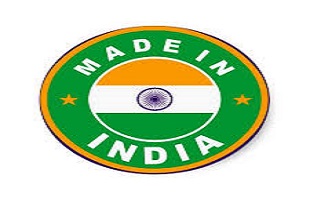 Made in India Classics Cars

The Made in India Classics and the Indian-made Indigenous Vehicles

And to add to this bouquet of pluses, are our own home-grown, indigenous cars that were designed, crafted and created in our very own automobile stables and which have come with a complete stamp of approval not just within but world over.

From taking baby steps way back in the 1940s to giant leaps as the sixth largest automobile market globally, we have really come a long way. It is our own Indian automobile companies and industrialists like the Tatas, Birlas and Mahindra who have shown the way.  Had it not been for their belief and conviction and foraying into the nascent, relatively unknown automobile industry, the path may never have been paved or even explored to begin with. And thus, many Indian automobile classics were released like the Premier Padmini, the Hindustan Ambassador, the Mahindra Jeep and subsequently the Maruti 800 and the Tata Indica.

The archetypal Mahindra Jeep has been a versatile partner of Jeep lovers and law enforcement forces alike. Over the years, this real life automobile icon that has been amply captured on reel life and lauded for its performance has been regarded for its rugged, off-roading abilities. This is definitely a vehicle that has stood the test of time and has a mesmerizing quality about it.

It all began with the 1945-established Mahindra & Mahindra’s foray into automobile making and the Jeep CJ-3A models were one of its very first automotives. The Mahindra Jeep was basically completely knocked down kits (CKDs) models made under a licensed agreement with Willys.

Over the years, this classic is still manufactured with its traditional body-on-frame structural design intact and is definitely the first-choice of any vehicle lover who loves it for its pure rough hews and ruggedness. 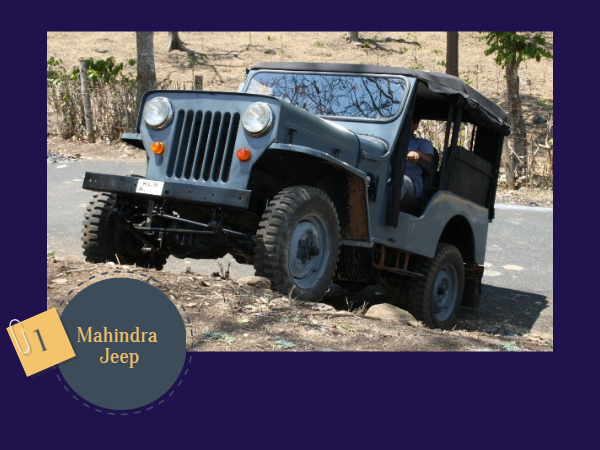 The Ambassador is something of an icon, had a cult like following and was the most preferred automobile at one time. It spanned across generations, recognized as a dependable vehicle by all classes, commoners, and the elite and even served as a vehicle of choice for government dignitaries.

The Ambassador had a phenomenal presence over the years’ and can be regarded as an edifying representation of our times. Production of this durable, homespun car started in 1958 and the Morris Oxford MO was its original design inspiration. It was one of the first ‘Made in India’ vehicles, manufactured by Hindustan Motors in their Uttarpara Plant near Kolkata in West Bengal.

The Ambassador saw a series of generational changes, facelifts and makeovers over the years. It had a special connect with people, appealing to all alike. There was a certain likeability quality and its relatablity quotient was immeasurable. Over the years, it is a vehicle that blended into the Indian setting so well, that it is a vehicle that grew with us and it unquestionably has carved a niche place in our hearts.

Not simply, does this Indian automobile artifact hold on to its befitting title, ‘The undisputed King of Indian Roads’ even today. 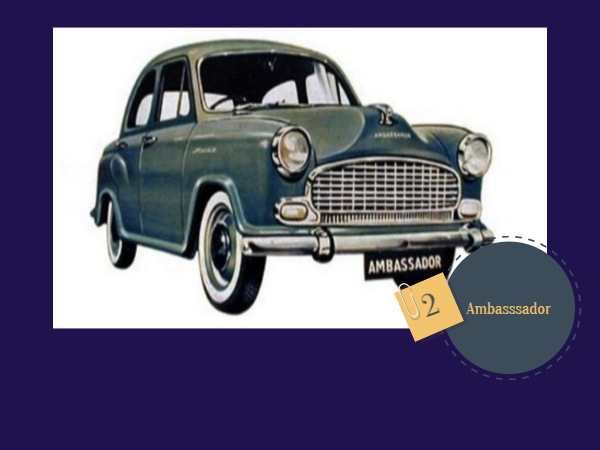 Though this car is a collaborative effort between Suzuki and Maruti India, it was a still a Made in India vehicle that took the Indian automobile arena by storm way back in the 1980s. This young, small 800 cc vehicle caught people’s attention and it was very relatable owing to its design, pricing and performance.

And eventually, the Maruti 800 graduated to the present-day Alto which is still a sought after vehicle in the entry-car segment. 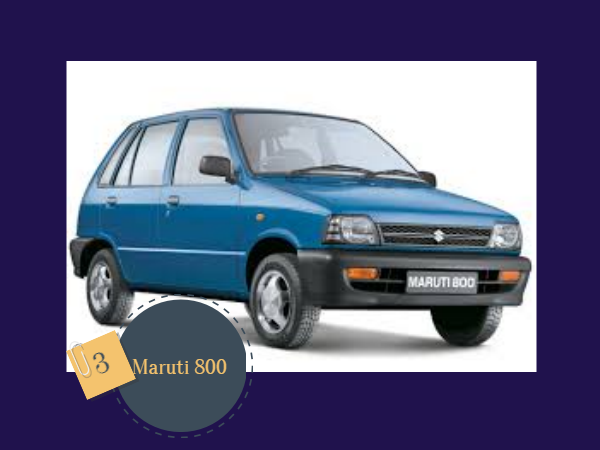 The first Indian-made passenger car of India is definitely the Tata Indica. This hatchback has earned a place for itself ever since its launch in 1998. It definitely has been an avant-garde of its times and this compact sedan has wormed its way into being one of the most popular cars in India today. Over the years, it has seen many radical changes but its performance and appeal has been unchanged and it is even exported to many countries today. 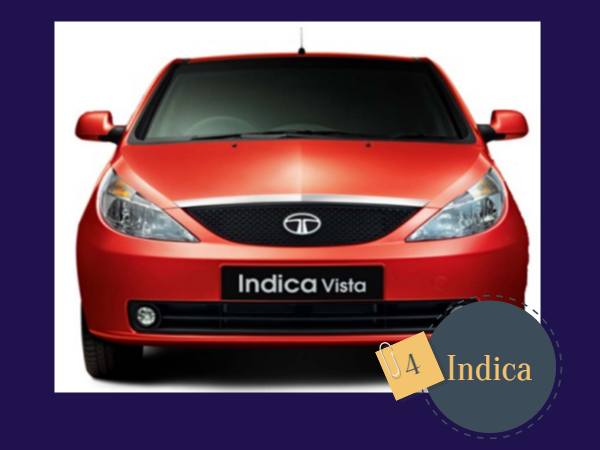 The Mahindra Scorpio is an unrivalled premium SUV that has outperformed many of its competitors both locally and even globally. It definitely comes with many pluses and is appreciated for its sturdy design and performance and features that have given it an edge and is still a smash hit in its segment. 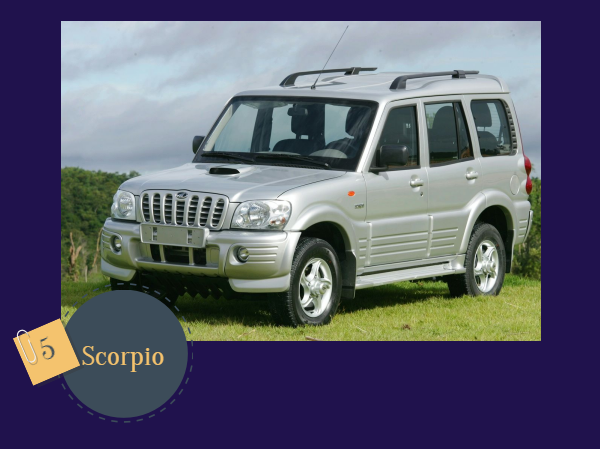 The Mahindra Bolero took birth as the Armada and was redesigned as the Grand Armada and was eventually transformed as Mahindra Bolero. Ever since its launch, it has faced off stiff competition and has consistently been a leader in the utility car segment. It has been able to retain its number one position and it is popular both in the Indian rural and urban areas. 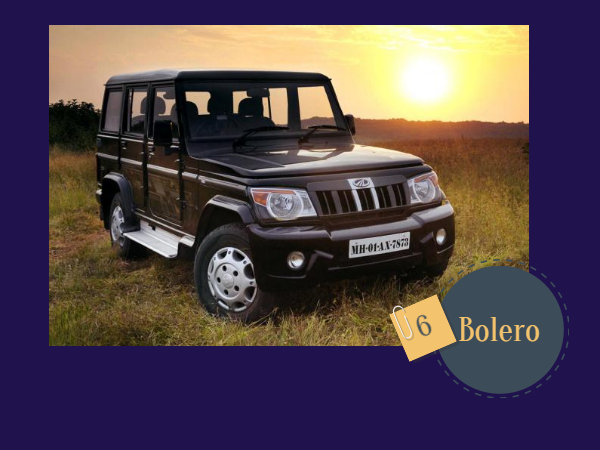 The first Indian all-electric vehicle with zero-emission levels was the Reva car. It was launched in 2001 and eventually it became a subsidiary of Mahindra. As an all-electric model, the Reva has undergone many changes, seen many new models in the market like the Mahindra e2o and it has definitely been lauded for its goodness quotients. It is definitely a car of tomorrow that is in line with global awareness of sustainability and carbon footprints. 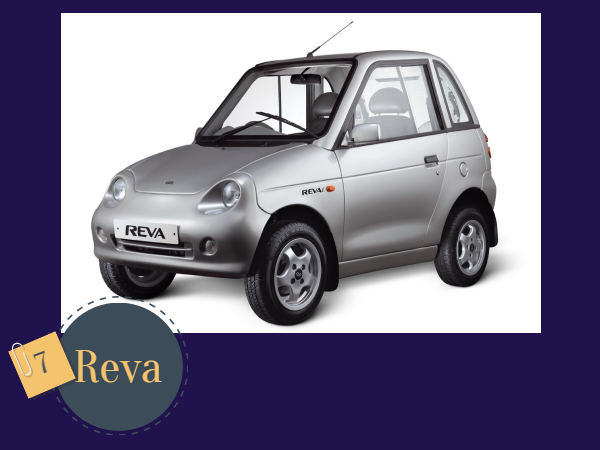 The Tata Nano is a prudently made, economically engineered marvel. A first-of-its-kind in its range, it is definitely a classic example of Imagineering an automobile of its range and type. This indigenously ‘Made in India’ car by Tata Motors has pioneered the way small cars can be envisioned and made cost-effectively. With all the requisite automobile mandated gear and armed with the absolute bare minimum vehicle composites and even though it is a small, light car, its performance is unbelievable. And yes, it is a crowning jewel in Indian car making history. 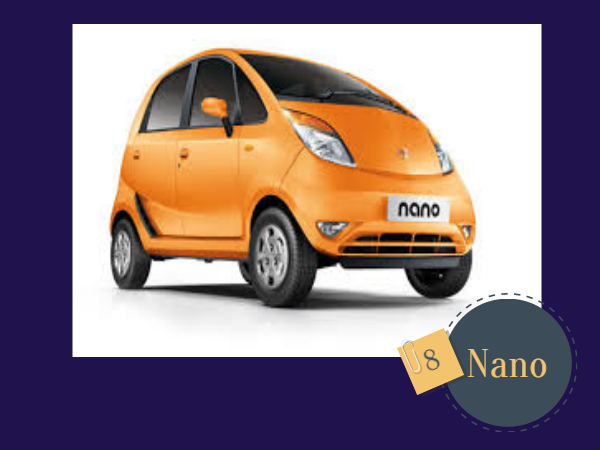 The DC Avanti is India’s fitting answer to the sports car segment. It is indigenously designed and manufactured in India with an Indian automobile designer, Dilip Chhabria at the helm who dreamt and brought to reality a competent, price-effective sports car and has forayed into a segment which has no known local or global competitors in the immediate vicinity. This can definitely be a game changer of sorts tomorrow and inspire many more Indian carmakers to design an automobile on these lines. 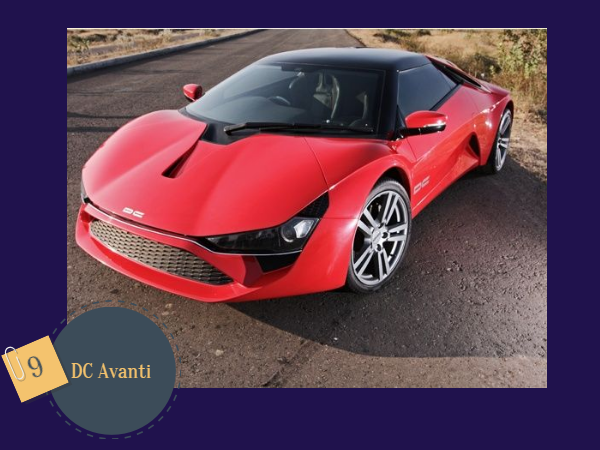 The automotive industry in India has indeed come a long way since its early initiation from the pre-independence days in the 1940s to being the 6th largest and in the reckoning as a global carmakers’ hub today, with many international automakers setting up shop here. India has also served as a good preparatory ground, grooming and rendering mileage for many indigenous homegrown carmakers to debut and make their mark globally.

Today, car retailers vie with one another for unveilings, debut launches, and releases and this is all in line with how we as a country serve up to the automotive industry, favorable government policies, customer awareness, interests and increased buying capacities and of course, the undeniably huge market potential the Indian subcontinent offers.