Mahindra announces the season 8 calendar of the Adventure initiative 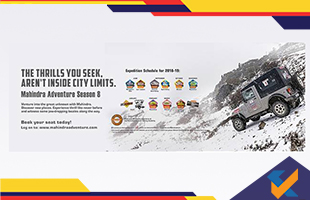 Mahindra announces the season 8 calendar of the Adventure initiative

The Mahindra Adventure initiative’s 8th season calendar has been announced. By the automobile company. The event line up with be led by the Monastery Escape which is scheduled to be held from June 16-27, 2018. The expedition will start from Delhi and go via Manali, Jispa and Tso Moriri to reach Heh were the participants will take a break before heading off to Kargil. 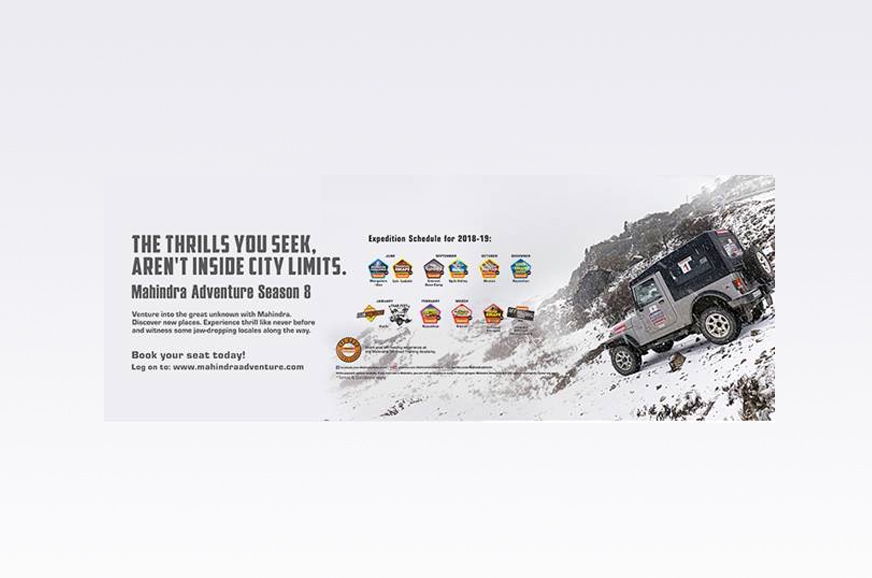 Next in line is the Everest Base Camp – The Summit which is scheduled to from September 22-October 1, 2018. The events starts off at Kathmandu with the ceremonial flag off following which the convoy marches off to Nyalam and Tibet by crossing the border into China through the Friendship Bridge and finally reaching the city of Lhasa. This is followed by the Himalayan Spiti Escape which is allotted the time between September 8 and September 17, 2018, the Authentic Bhutan from October 20 to October 27, 2018 and Royal Escape from December 25, 2018 to January 1, 2019.

There are numerous other events that are going to be held in 10 different locations across the country such as Trail Drive for two-wheel-drive and four-wheel-drive vehicles which falls under the Great Escape brand. There are a few Off-road Trophy rounds which will be held across five zones and the winner from each zone are eligible to compete in the Mahindra Off-Roading Trophy Grand Finale with the grand prize being a Mahindra Thar CRDe 4x4 which will be up for grabs.

There are a number of challenges that are help including the Monsoon Challenge during June 29-July 1, 2018, Club Challenge on January 12-13, 2019 and a newly launched Desert Challenge from February 9 to February 13, 2019 which will be held in Rajasthan featuring dune tracks and off-road obstacles on 4WD Scorpios. This year may also see the return of the Raid de Himalaya rally.