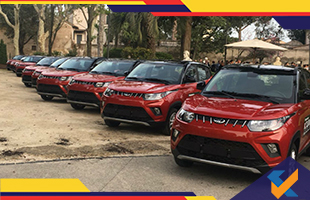 Mahindra’s vehicle line-up for Italy has been expanded with the launch of the KUV100. Launched in Rome earlier this week, the entry-level Mahindra offering’s launch was confirmed by Pawan Goenka, the Executive Director of Mahindra & Mahindra, who tweeted the development. The company however, is yet to announce prices. Mahindra executives were in the Italian city for the Formula E-Rome e-Prix and also announced its new electric hypercar brand ‘Automobili Pininfarina’ under the Mahindra Group. 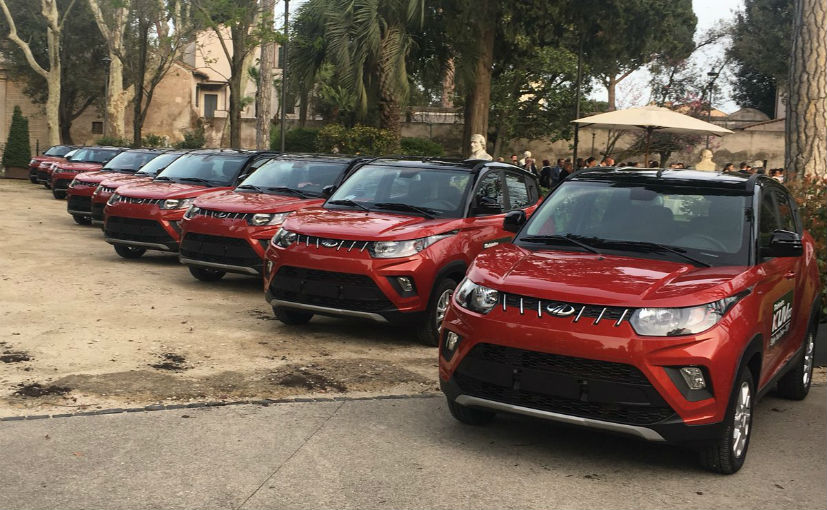 Though hardly any details have been revealed on the Italian-spec KUV100,but the images suggest that  the KUV100 NXT that was launched in late-2017, received revamped headlamps and front bumper along with additional plastic cladding around the fog lamps, and a faux skid plate. The model also flaunts revised taillights with new clear lens and slightly revised ORVMs.

When it comes to the interior, the upgraded avatar gets an all-black cabin with brushed silver inserts, 7-inch touchscreen infotainment system with audio and navigation support on the top trims. However, whether the KUV100 is offered in the six-seater form in Italy as well, is not clear. As far as proportions are concerned, the Euro-spec Mahindra KUV100 will be identical to the Indian model that measures 3700mmin length, 1735mm in width, and 1655mm in height. In India, the model is offered with an 82 bhp 1.2litre petrol and a 77 bhp 1.2litre diesel engine, and the same are likely to be offered in Europe as well. Both units come paired to a 5-speed manual transmission for now.

In an attempt to expand its passenger vehicle business in Europe, Mahindra sells a number of models in the continent including the Genio pick-up, XUV500, Quanto, and the Scorpio, in both the SUV and pick-up body styles. It is interesting note that the Mahindra Scorpio is renamed as Goa in Europe and is sold in the previous generation iteration.